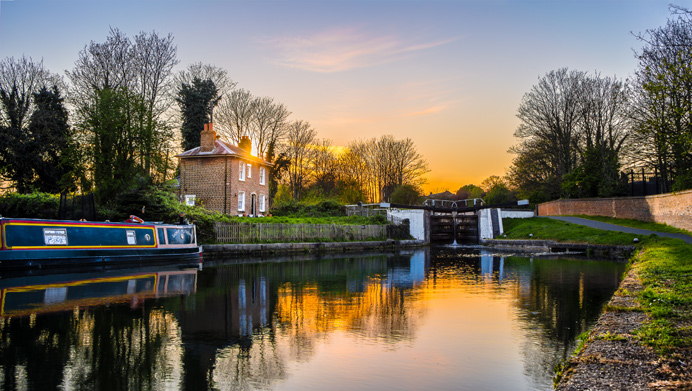 A group of volunteers slipped on their wellies and got their hands dirty to help clean up an area of the River Brent – a beautiful local waterway recently celebrated in a photographic competition.

Where the river runs between Hanwell and Greenford, volunteers organised by charity Thames21 and Ealing Council’s park rangers have been collecting rubbish and tackling invasive weeds and generally improving the environment for wildlife in an ongoing project.

In January, a build-up of litter in the river near Brent Lodge Animal Centre (or the Bunny Park as it is often called) was tackled by 15 volunteers and park rangers. They collected 20 bags of litter – and they calculated 70% of it could have been recycled.

The council’s recycling rewards scheme Greenredeem has been helping to fund this ongoing clean-up of the river valley.

Residents build up points for recycling under the Greenredeem scheme and they can donate them towards community projects. In fact, when signing up to Greenredeem, every new member can donate 25 points to their favourite community project – including this one, which is called Take me Down to the Paradise River.

Working together – and you could help too

The River Brent and the Grand Union Canal form a blue ribbon across Ealing and these waterways are regarded as so important that there is a wide range of local groups and interested parties helping to look after them.

In particular, there is the Brent Catchment Partnership, which includes Ealing Council, Thames Water, the Environment Agency and other local councils, and it is facilitated by Thames21.

During 2016 the council’s park rangers will continue to work with Thames21to enhance or maintain the ecosystem along the water’s edge – and there are often opportunities to join in and help.

This could include removing litter; managing woodland to improve access; and spraying Giant Hogweed, which can become a public health concern for people if left unmanaged. And students from schools, such as Belvue High, have taken part in river walk and activity days.

Thames21 sponsored a photography competition in October 2015. At the top of this page you can see two of the best photos – both by Ealing residents: Lothlorien – River Brent in Frost by Clive Hicks was the winner of this year’s Living Waterways of North and West London Photo Competition; and Hanwell Flight of Locks 93 by Leigh Cousins was a runner-up.