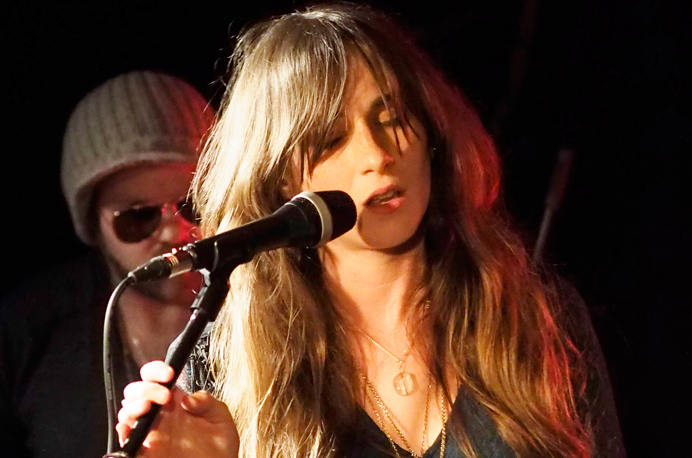 The Hanwell Hootie has become an established fixture on the local music calendar since it first ran three years ago, taking over many of the town’s pubs for live bands and a festival atmosphere.

On 2 April 2016 the event returns, still backed by Ealing Council, Hanwell Association of Traders, Ealing Blues Festival, the Ealing Club and many others – including an international company with local links.

Marshall Amplification is a global brand but its roots were in founder Jim Marshall’s shop in Hanwell where he not only sold instruments and equipment to big names of the 1960s rock scene but also developed the now-famous Marshall amps. The company is a key sponsor of the annual Hootie event and it is held close to the anniversary of his death to help commemorate the great man. But how did it all come together? We caught up with one of the organisers, Hanwell resident Andy McRobbie.

How did the Hootie come about?

It came after a collective realisation from a group of determined Hanwellites. We thought that it was amazing how such a huge, iconic and global brand such as Marshall Amps had its roots right here in Hanwell, Something had to be done and a plaque and music festival was the obvious choice. Marshall Amps fully supports and sponsors the event.

How and why did you get involved, personally?

I sent out lots and lots of emails to Marshall Amps, the local media, Boris Johnson and many more back in 2010. To my astonishment Jim Marshall’s PA Ellie Ellery got back to me quite promptly. Then I and one of the council’s regeneration officers, Mathieu Rogers, then went from shop to shop in Hanwell asking for help and spreading the word. June Martin, Dave Stone, Faye Hamilton, Bob Salmons, Alistair Young, Knight and Sound, the Hanwell Association of Traders and a whole host of people backed the project and  then everything started to snowball and come together. Then Around Ealing magazine and Ealing Gazette wrote articles about it and the next thing we knew we were in the Marshall Amps board room at their headquarters in Bletchley, accompanied by the Around Ealing editor. The rest is history. This was all happening at the same time as the Ealing Club CIC (community interest company) was gaining momentum, so our campaigns complemented each other.

I got involved because I love music, am proud of being from Hanwell and believe in celebrating and recognising cultural history. Simple as that really.

What does the Hootie bring to Hanwell and the wider area?

I think the Hootie has created a stronger sense of community and identity in Hanwell and in Ealing but on the day itself I hope it bring lots of fun and enjoyment.  I also hope it has encouraged younger people to make music, join bands and just generally be more creative and have fun.

Why should someone come along to the 2016 Hootie? What can they expect?

We have some of the finest bands in London and from abroad playing the Hootie. If you like live music and discovering new music then the Hootie is an absolute must. The atmosphere all over Hanwell is incredible. If you do not like music and having fun I would advise you stay clear of Hanwell on 2 April.

What are you, personally, looking forward to most? And what has been your highlight of past Hooties?

We have a couple of new venues this year. I don’t think I can say much more but it is going to be very special indeed.  My highlight of past Hooties was probably seeing Scoundrels play at the Prince of Wales in our first year. They were headlining and  I had relaxed by this point, looking around I could see that we had pulled it off and the event was a success. It was a great feeling and the band themselves were phenomenal.

Where can people find out more information or view videos of past events?