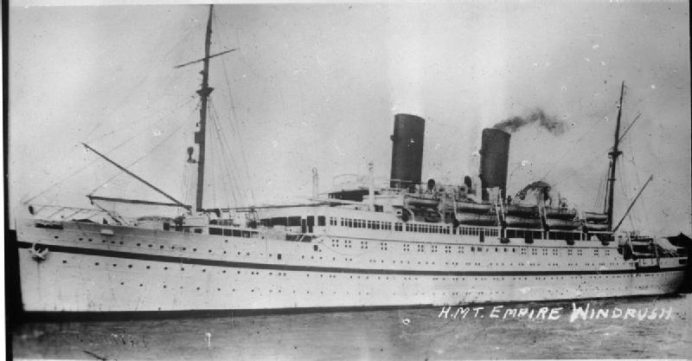 Ongoing legacy of the Windrush generation

In my latest video (above) I went to the Windrush Garden in Walpole Park. It seemed particularly pertinent to do so and, this year, not just to mark Windrush Day.

Solidarity with the Black Lives Matter campaign continues with the latest expression being shown on Wednesday night, when the Premier League kicked-off after the coronavirus outbreak, with two games.

Both teams, in both matches, along with coaching staff, refereeing officials and managers, all took the knee at kick-off in solidarity with the Black Lives Matter and the fight against racism campaign. It was a powerful symbol. And showed the unity of football to kick out racism.

Now, as I say, I visited the Windrush Garden in Walpole Park. And there is a plaque to memorialise and remember the contribution of the Windrush generation to Ealing and to Britain.

We are celebrating Windrush Day on 22 June. It is 72 years to the day that the Empire Windrush ship arrived at Tilbury with 1,027 arrivals from the West Indies, eager to start their new lives and make a contribution to Britain.

And what a contribution they have made. I am reminded of my wife’s late parents who came in the late 50s from the Caribbean. They came from Dominica and St Lucia, they travelled on a ship called the Bianca C. And they came to London and settled in Ealing. In the late 60s they, along with other black pioneers in Ealing, organised and set up the United Anglo-Caribbean Society here in Ealing. That organisation still exists today and does fantastic work among the black community here in Ealing. And I am grateful for everything that they do.

I am grateful for that Windrush generation and all of the contributions that they have made to Ealing.

Particularly, as we think back and consider, even now, the contribution that has been made by the Windrush generation and their ancestors, and all of their families, in terms of keeping our NHS going; providing that vital social care; and also keeping our buses and our tubes working, and our transport system going, during this pandemic. What a fantastic contribution they’ve made and, without them, we wouldn’t have been able to keep going through this very, very tough and difficult time.

You can find out about some of the Windrush Day activities on offer locally here.

Now, we’re working with the black community here in Ealing to arrange a virtual, artistic and cultural event to show solidarity with Black Lives Matter’s campaign and to fight racism. We want this to be led by the community and we feel that it is a way to show, as I say, that solidarity and to make sure that we remember the contributions of all of the black community here in Ealing and also honour that Windrush generation.

Also, we are doing some work with our Black, Asian, and minority ethnic (BAME) communities to make sure that we understand and learn lessons from the coronavirus knowing that those BAME communities are disproportionately affected by COVID-19.

We need to protect our BAME communities, we all need to work together to stop the spread of the virus and to stop a second dangerous second wave by working together we will beat this virus, and save lives.