Home > Local lockdowns: What is the situation in Ealing? 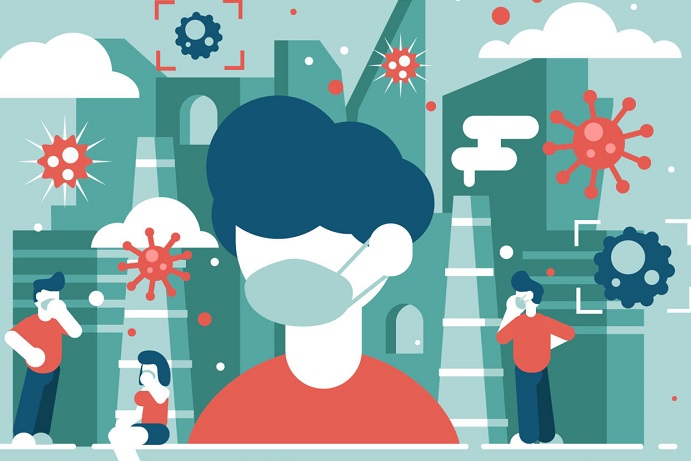 Local lockdowns: What is the situation in Ealing?

With further local lockdowns being implemented across the country, I wanted to tell you what the current situation is in Ealing, with new COVID-19 cases in the seven days between 27 July and 2 August, says council leader Julian Bell in his latest video update (above).

We’ve had 28 new cases in that week. That’s an increase of seven on the week before, so that’s 8.2 new cases per 100,000 of population. Now, that’s similar to the rest of the north-west of London and London as a whole, and it’s still low. So, we’re not seeing a local outbreak. However, we’re not complacent and our Ealing public health team monitor the number of new
infections in the borough every day and, for those of you who have been tracking these numbers, you’ll have seen that there has been a small rise each week for the last two weeks.

So, we need to remain vigilant. We need to continue to social distance, wear face coverings, regularly wash our hands and get a test and self-isolate if we have any COVID-19 symptoms.

Now, we’re not at the levels of other areas in the country, where lockdowns have been imposed. But, if we don’t follow the rules, the virus could quickly spread.

And I have to say, when I was out this week wearing my face covering, I was concerned about the number of people who were not wearing face coverings in shops or on public transport. And, also, people were not trying to keep that two-metre social distance either. So, I think we really do need to up our efforts and spread the message that we need to keep following the rules to stop a local outbreak and to keep Ealing safe.

Now, one of the highlights of the summer in Ealing is the Chariot Festival. It happens on the second Sunday of August every year, here in West Ealing. It’s organised by the Chapel Road Tamil Hindu temple. Tens of thousands of people normally come to Dean Gardens but, because of COVID, this year’s Chariot Festival is not taking place.

We are asking all worshippers to celebrate at home. Now, everyone needs to make these kind of sacrifices to stop the spread of the virus and save lives and I want to thank everybody who, for various religious festivals, has followed the rules and taken that common sense approach to protect others by staying at home. So, let’s make sure we continue to do that and we will
save lives.

Also, we are enjoying some more summer sunshine. It’s very hot. And I know you’ll be using our parks over the weekend so, please, when you do go to our parks and have picnics take your rubbish home. Don’t leave it in the park.

Cinema on its way

Finally, I just want to give and update on progress with Ealing Cinema. I was able to do a site visit this week and see the progress that’s been made and, yes, there’s been a delay because of COVID, but things are still progressing. I was able to see the steel frame where the 1,000-seater, eight-screen new cinema will be. St George are looking to complete the building of the cinema by the end of this year and they will hand it over to Picturehouse, who then have a fit-out period which will mean the cinema is ready by autumn 2021. So, we will get our cinema. You can see the photographs on my update on my Twitter feed @juliangbell. I’m confident that, eventually, we are going to get our cinema.