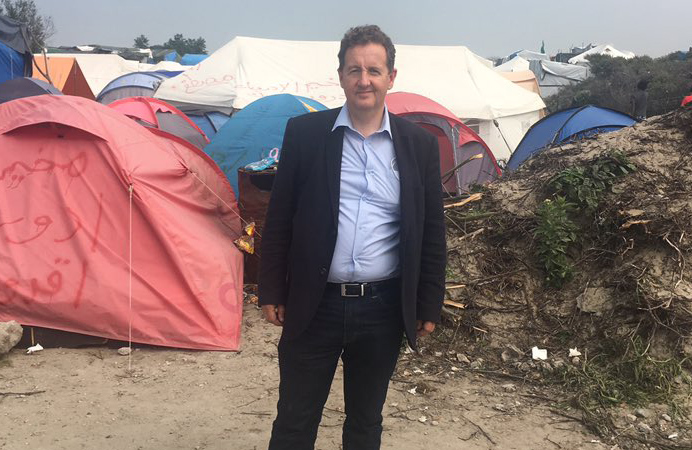 In August, I visited the refugee camp in Calais that is often referred to as ‘the jungle’. As you can see from the video above, it confirmed what I already knew: Ealing needed to do something to help.

It is a stain on humanity that those people are all there – but it is even worse that there are unaccompanied children living in those conditions. We simply can’t walk past on the other side of the road. We want to do something about it.

That is why I am delighted to be able to say we have officially offered to take unaccompanied children from the Calais jungle to live in safe, secure conditions in Ealing.

We are one of several London councils to have stepped forward. In Ealing we have said we could offer up to 10 social care places for some of these young people classified as ‘Dubs children’, who are all effectively unaccompanied minors at the Calais jungle. We have also offered two residential and two foster placements for other young people.

In addition, we are looking at options for offering the use of one of our council buildings as a reception centre to assess the incoming children being offered refuge in London.

The council has already taken 13 asylum seeking children since April, but we are also willing to take unaccompanied children directly from the terrible conditions they have found themselves in, in Calais.

Meeting some of these children, some as young as nine and 10, was heart-breaking. They were in immediate danger, telling me how fights broke out in the camp at night and they were extremely frightened. All they wanted was somewhere safe to sleep at night and be able to go to school. One 14-year-old Afghan boy who had been in the camp the longest had taught himself English and had high aspirations to be a doctor if only he could get out of the camp.

The great work being done by Citizens UK and Safe Passage UK meant that a number of these unaccompanied children can leave Calais if the government provides willing councils with the right financial support. Yes, we are already facing big financial challenges in Ealing, but it was the right thing to do and we know many of you agree.

The council unanimously passed a motion last year pledging to give help and practical assistance to alleviate the ongoing refugee crisis. And it passed another one last week to work with the campaign group Liberty to push for funding from the government.  And lots of you attended a refugee summit held at Ealing Town Hall in January to discuss how we, as a community, could provide a safe haven for people fleeing war-torn areas. It is testament to the people of Ealing that there was standing room only at the summit. One of Ealing’s strengths is its diversity; another is its generosity. There were many offers of help.

There were suggestions from the audience of how people could be welcomed to Ealing and integrated into the community. Practical suggestions included help into employment, language classes and being able to access health services.

Councils are responsible for the costs of caring for unaccompanied children – including schooling, foster care and housing – but we need to receive funding from the government. This funding will be critical, and we, and campaign groups such as Liberty and Help Refugees, are fighting hard to make sure the government honours its commitment to work with local councils to bring these unaccompanied refugee children in Europe to safety in the UK.

We want to step up and help our fair share of these poor children and I look forward to Ealing welcoming them with open arms.

If you are interested in helping unaccompanied children, one way to get involved is to become a foster carer. You can find out more about fostering on the council’s website.