Home > Why we are up in arms 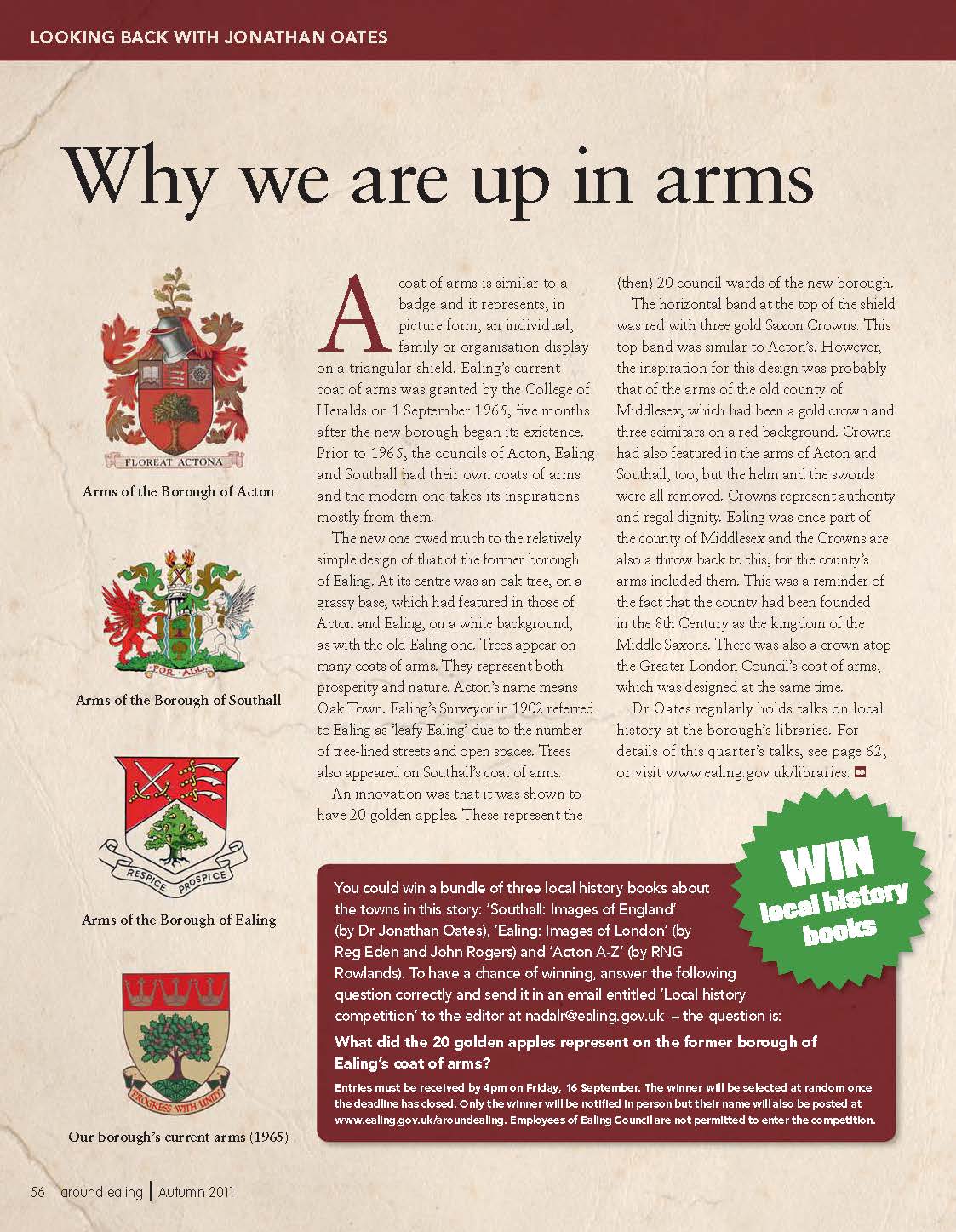 Why we are up in arms

A coat of arms is similar to a badge and it represents, in picture form, an individual, family or organisation display on a triangular shield.

Ealing’s current coat of arms was granted by the College of Heralds on 1 September 1965, five months after the new borough began its existence.

Prior to 1965, the councils of Acton, Ealing and Southall had their own versions and the modern one takes its inspirations mostly from them.

The new one owed much to the relatively simple design of that of the former borough of Ealing. At its centre was an oak tree, on a grassy base, which had featured in those of Acton and Ealing, on a white background, as with the old Ealing one. Trees appear on many coats of arms. They represent both prosperity and nature.

Acton’s name means Oak Town. Ealing’s Surveyor in 1902 referred to Ealing as ‘leafy Ealing’ due to the number of tree-lined streets and open spaces. Trees also appeared on Southall’s coat of arms.

An innovation was that it was shown to have 20 golden apples. These represent the (then) 20 council wards of the new borough.

The horizontal band at the top of the shield was red with three gold Saxon Crowns. This top band was similar to Acton’s. However, the inspiration for this design was probably that of the arms of the old county of Middlesex, which had been a gold crown and three scimitars on a red background.

Crowns had also featured in the arms of Acton and Southall, too, but the helm and the swords were all removed. Crowns represent authority and regal dignity. Ealing was once part of the county of Middlesex and the crowns are also a throw-back to this, for the county’s arms included them. This was a reminder of the fact that the county had been founded in the 8th Century as the kingdom of the Middle Saxons. There was also a crown atop the Greater London Council’s coat of arms, which was designed at the same time.

This originally appeared in Around Ealing autumn 2011