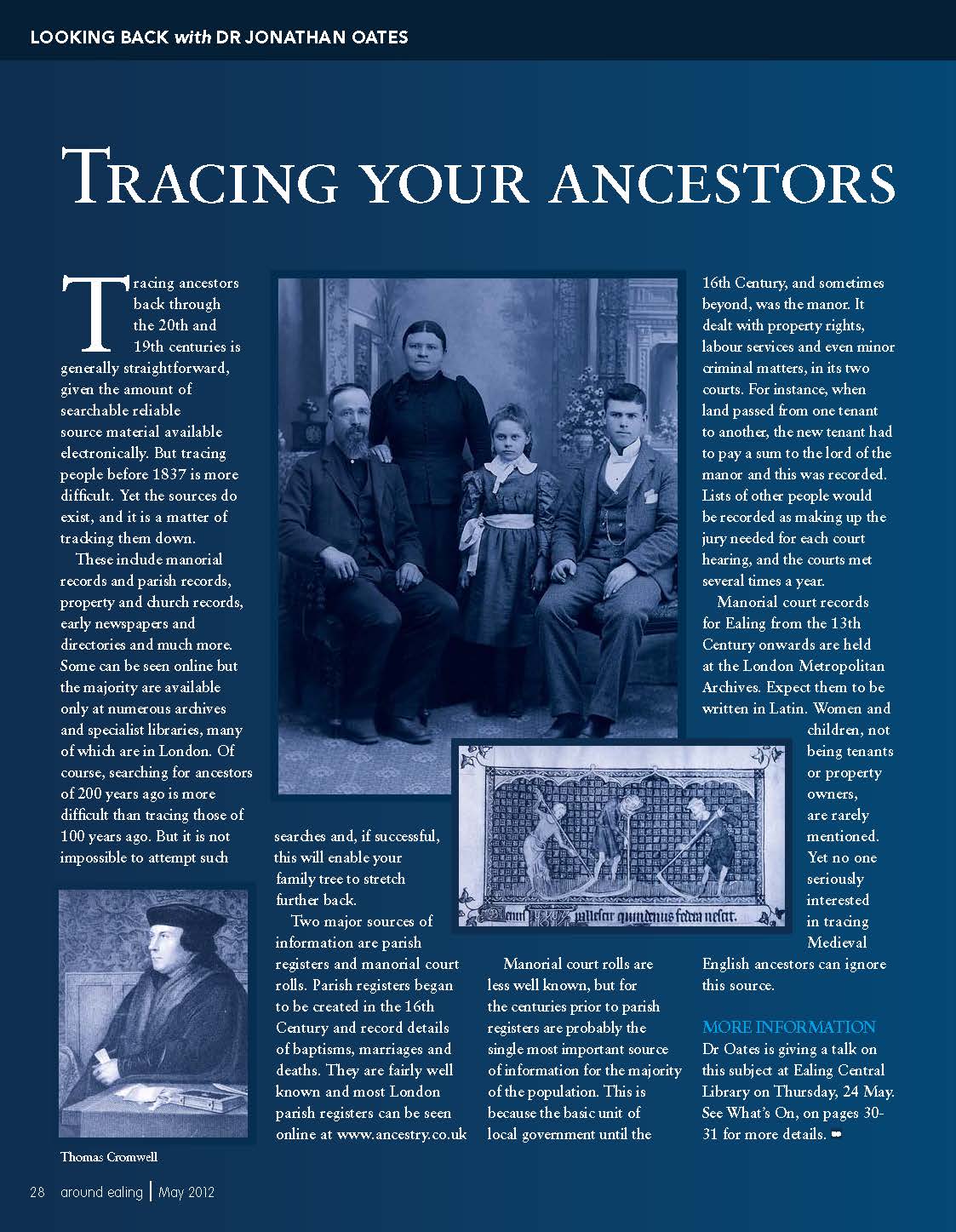 Tracing ancestors back through the 20th and 19th centuries is generally straightforward, given the amount of searchable, reliable source material available electronically. But tracing people before 1837 is more difficult.

Yet the sources do exist, and it is a matter of tracking them down. These include manorial records and parish records, property and church records, early newspapers and directories and much more.

Some can be seen online but the majority are available only at numerous archives and specialist libraries, many of which are in London. Of course, searching for ancestors of 200 years ago is more difficult than tracing those of 100 years ago. But it is not impossible to attempt such searches and, if successful, this will enable your family tree to stretch further back.

Two major sources of information are parish registers and manorial court rolls. Parish registers began to be created in the 16th Century and record details of baptisms, marriages and deaths. They are fairly well known and most London parish registers can be seen online at www.ancestry.co.uk

Manorial court rolls are less well known, but for the centuries prior to parish registers are probably the single most important source of information for the majority of the population. This is because the basic unit of local government until the 16th Century, and sometimes beyond, was the manor. It dealt with property rights, labour services and even minor criminal matters, in its two courts. For instance, when land passed from one tenant to another, the new tenant had to pay a sum to the lord of the manor and this was recorded.

Lists of other people would be recorded as making up the jury needed for each court hearing, and the courts met several times a year.

Manorial court records for Ealing from the 13th Century onwards are held at the London Metropolitan Archives. Expect them to be written in Latin. Women and children, not being tenants or property owners, are rarely mentioned.

Yet no one seriously interested in tracing medieval English ancestors can ignore this source.

This article first appeared in Around Ealing in May 2012