Home > The mystery of Perivale Manor 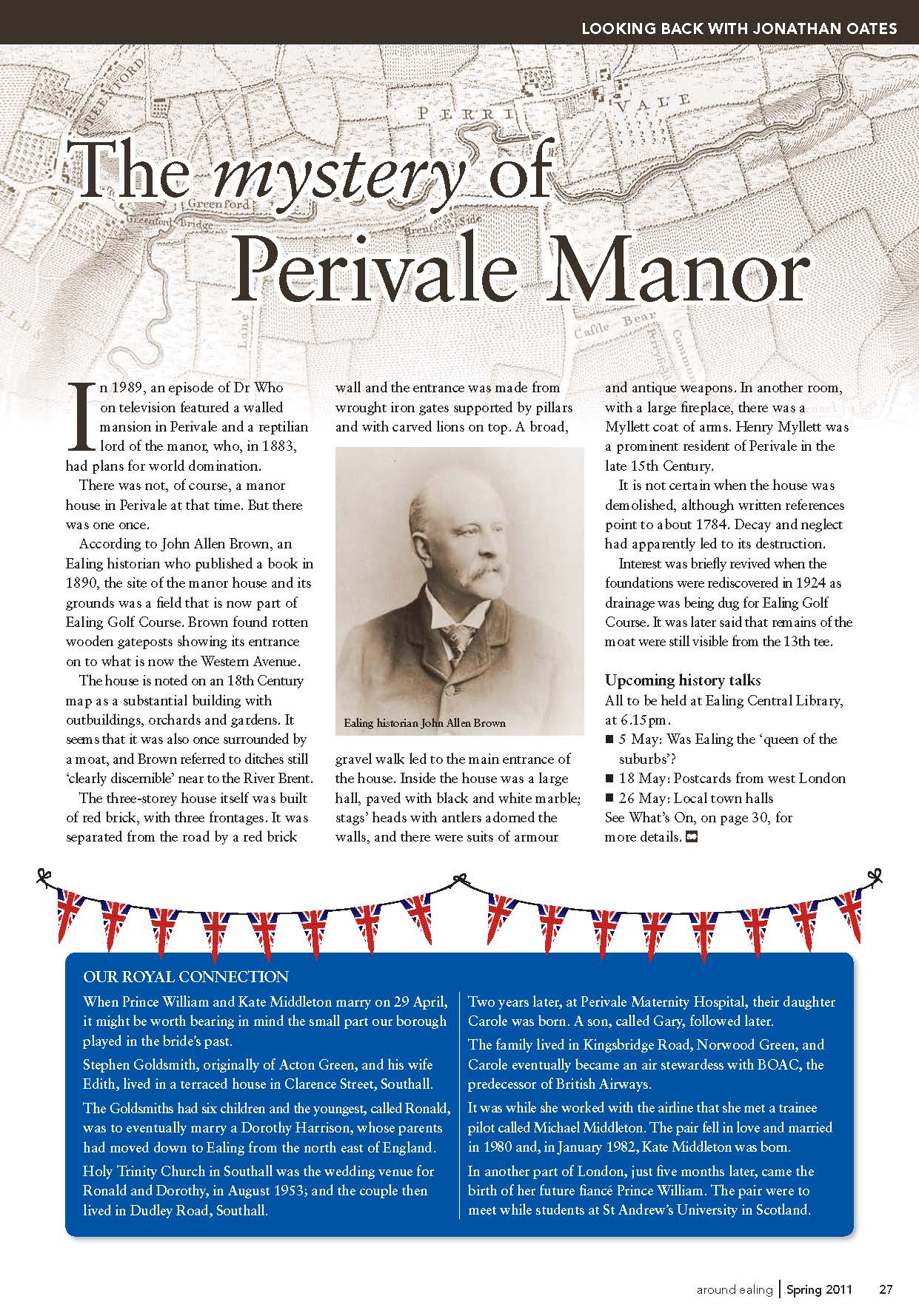 The mystery of Perivale Manor

In 1989, an episode of Dr Who on television featured a walled mansion in Perivale and a reptilian lord of the manor, who, in 1883, had plans for world domination.

There was not, of course, a manor house in Perivale at that time. But there was one once. Let us unravel the mystery.

According to John Allen Brown, an Ealing historian who published a book in 1890, the site of the manor house and its grounds was a field that is now part of Ealing Golf Course. Brown found rotten wooden gateposts showing its entrance on to what is now the Western Avenue.

The house is noted on an 18th Century map as a substantial building with outbuildings, orchards and gardens. It seems that it was also once surrounded by a moat, and Brown referred to ditches still ‘clearly discernible’ near to the River Brent.

The three-storey house itself was built of red brick, with three frontages. It was separated from the road by a red brick wall and the entrance was made from wrought iron gates supported by pillars and with carved lions on top. A broad, gravel walk led to the main entrance of the house. Inside the house was a large hall, paved with black and white marble; stags’ heads with antlers adorned the walls, and there were suits of armour and antique weapons. In another room, with a large fi replace, there was a Myllett coat of arms.

Henry Myllett was a prominent resident of Perivale in the late 15th Century.

It is not certain when the house was demolished, although written references point to about 1784. Decay and neglect had apparently led to its destruction.

Interest was briefly revived in the mystery surrounding the house when the foundations were rediscovered in 1924 as drainage was being dug for Ealing Golf Course. It was later said that remains of the moat were still visible from the 13th tee.

This originally appeared in Around Ealing spring 2011