Home > The great women of Gunnersbury 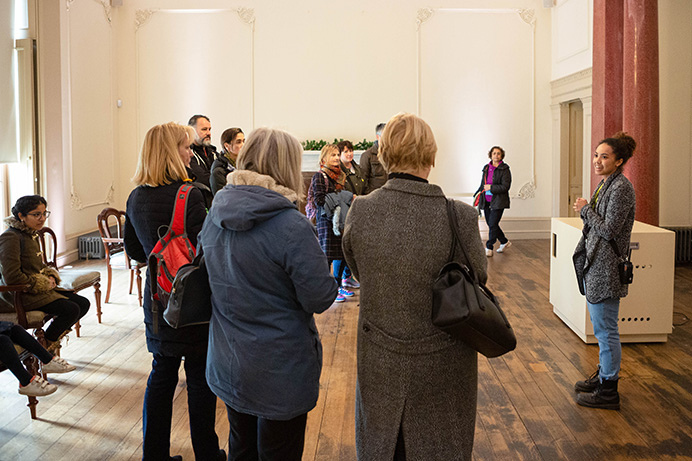 The great women of Gunnersbury

To mark International Women’s Month, Gunnersbury Park and Museum is hosting two talks – and a tour – this Saturday (9 March) on women who have played a big role in its history.

One talk, titled Great Women of Gunnersbury, will be given by Julia Tubman, the curator of the museum, who will also lead you on a tour.

She will explore some of the fascinating stories behind the women featured in the museum’s galleries. This includes Hannah Rothschild, Jessica Huntley, Elizabeth I and Pocahontas.

Following the tour, there will be a talk titled Miss Smee – Acton’s First Lady. It will be given by borough archivist Dr Jonathan Oates.

The whole event will run between 2-4pm. To attend, see the details at the bottom of this article or visit the Gunnersbury Park and Museum website.

Who was Susan Smee?

Dr Oates will discuss the life and work of the trail-blazer, born in 1859, who became Acton’s first female councillor, its first female mayor, and was also Gunnersbury Park Museum’s first curator.

Women could vote in local elections and could stand as candidates for council, but very few did. Miss Smee stood for the south east ward in Acton in 1911, explaining that it was important that women and their needs be represented in council.

She lost, but was undeterred and in a by-election in the following year, gained a seat in council, the first woman ever to be elected to Acton Council. Some wondered out loud whether she would be able to cope and, at her first meeting, the public galleries were packed to see the spectacle of a woman councillor. Over the next few years she became chairman of both the education and the public health committees.

She also played a key part in the acquisition by Acton and other local authorities of Gunnersbury Park – and the founding of the museum there – and she always deemed this one of her most important achievements. She was made honorary curator of the museum and, in the 1930s, she helped acquire donations, arrange exhibitions and classify collections.

For more details, you can read an article by Dr Oates on Miss Smee.

Go to the event

To attend the event at Gunnersbury Park and Museum on Saturday (9 March), you will need to book a ticket.