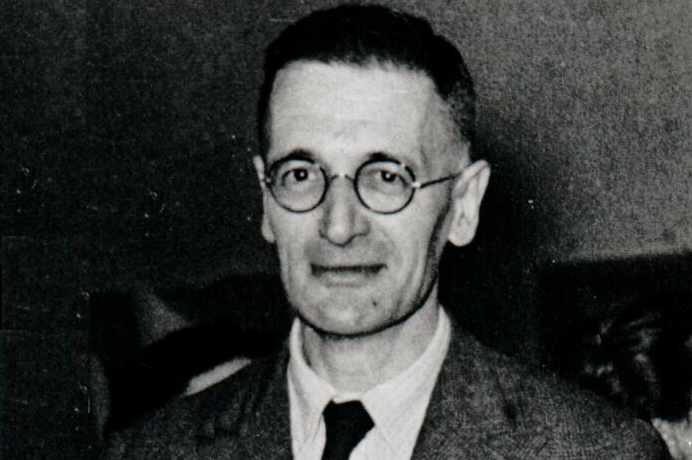 Week 46 sees Armistice Day being commemorated and Goodlet remembers the day itself when the First World War ended and he, as a teenager, wept in a train carriage. Now in his 30s he looks back and wishes he had been involved – while grateful to be alive.

Up late as usual and feeling very cold; I think I got chilled last night in one of the coldest baths I ever remember.

Was busy after lunch today typing a letter for the Pater and writing one of my own.

Today is Joan’s birthday, so they were all over here to a tea party, and very jolly it was. I accompanied them home and went on to the P.O. to post all the letters.

Was busy after dinner constructing a buzzer set, with which Fuzz and I tried memorising Morse.

Madrid has not yet fallen and the resistance today seems stiffer.

Slept like a log until 2pm. Sat in the drawing room with the Mater until tea time and tried to get warm, without much success. The Pater came in at 4 with the cheerful news that he had managed to get £5 to wire to JM for his journey. At five went up to the Admiralty and put in two hours’ hard work on Morse reading; but I fear I put up an awful show and it looks as if my RNWAR career won’t be a shining success as far as I can see. It is difficult to see how to improve either, without some special sort of training.

Home at 8.30 to find that Stanley was here. He is suffering from sciatica, poor chap. During the evening I slipped over to Kidd’s for a minute to wish him luck on his new job. Saw JD there.

Madrid has not yet fallen and fierce fighting still goes on in the suburbs.

Sat up until 5.30 this morning finishing the short story I was writing last week, and then had a lot of routine work to finish, so it was well after six am when I got to bed. However, was up for lunch and spent a busy afternoon sending that £5 off to JM. The P.O. made a bad hash of it too and wanted to charge 10s for sending it.

Met Joan and the little girls and was sorry to find that poor Annabelle had a cold.

Then on to the School, where I found poor old Stanley still suffering badly with his back. It was quite a party, as Mrs Whitty (Miss Collbourne that was) was there, also Mrs Wright.

Home to dinner, and then, after receiving Miss Heath and Miss Hodges, I went to the air-mail with a letter from the Mater to J.M., and on to the Aunts’ with a repair job for Buzz. Home at 12.30 and have spent an hour practising Morse.

Armistice Day
12 noon I have just been listening to the ceremony at the Cenotaph in company with the Mater, Pater and the Aunties, who came along for it.

As usual it was simple, beautiful and impressive, and the playing of Chopin’s Funeral March and “O God our help…” was much finer than I remember before. It is the first time the Aunties have listened in and they were greatly impressed. I was struck by their emotion and their horror at the idea of another generation of youngsters being bundled off to the same senseless and disgusting butchery.

I have just doubled the span of my life since I sat in a Great Eastern train running into Ipswich on the grey, dull morning of Nov. 11, 1918 and heard the syrens, whistles and bells all ringing out to announce the end of the War. I remember the three serious faced, elderly men in the compartment (a first class one – ye gods, I never travelled in any other in those days) all whispering in a half awed fashion the magic words, and myself in my corner, weeping with a sort of futile anger that the greatest occasion in history had come and gone without my having had a part in it. I think they imagined I must have lost some relative in the War and sympathetically avoided looking my way. I cannot believe I was entirely the self-centred, unimaginative young swine that all this would seem to make out. I just felt cheated and as though I was for ever degraded, one who with every sense of the greatness of an occasion was unworthy to participate in it.

Well, another 18 years have gone past now and still I have done nothing, been nothing, and haven’t a single contribution of any kind to life to my credit. Yet, I am alive. In books and people I am in touch with life on an immense scale, and ten million fellows who did take a part in the War are dead, gone into the Nothingness.

Nowadays I still wish I had served but I’m glad I am still alive; so I suppose it was a case of wanting to eat one’s cake and have it too. Well, well, when another 18 years have gone by I shall be 54, the same age as the Pater was in 1929.

11.45 pm Busy on routine work all afternoon and after tea to Acton to hunt up the chimney sweep, whereby I got well soaked. The Aunts came to dinner and we all made a party to listen to the broadcast of the British Legion ceremony at the Albert Hall. This was splendid as far as it went but, by some hitch we did not hear the latter part, the effect was rather spoilt. Saw the Aunts to the bus and am now about to settle down to a fairly busy night’s work.

Madrid has not fallen yet and now there are hopes that it never will. May they be realised.

Slept until 12.30 today and awoke fearfully cold. Went town to the bank and managed to get some money. Walked along to Westminster and had a look at the Field of Remembrance and the Cenotaph. Both still thronged with mourners and sightseers.

Home for some tea and then down to the Admiralty, where I made a much better show this time; but am still, of course, a terrible dud.

Home at 7.45 to find Mr Stanley arrived. Sorry to say he is not yet better and appears to be in much pain. Kidd and Ernest came along and we sailed some cut throat matches. To Horn Lane as usual.

Today the King is with the Fleet at Portland. Franco has not taken Madrid and among many people there must now be some heart burning as to whether he ever will.

Slept until lunch as usual. Busy until tea time and afterwards to the library and Woolworths. After dinner listened to Sir Samuel Hoare’s speech in the Navy and went over to the Aunts’ and called on Kidd on the way home.

Have fallen asleep in front of the drawing room fire and now it is 5 am. Damn.

All the papers are full of the King’s visit to the Navy at Portland.

I’ve just had a curious experience, sitting dozing over the fire here. I could swear that I was reading in the paper an article by an eye witness describing the execution of 456 of our soldiers at one time for cowardice, I think, Salonika about 1917. Now I’m fully awake I’ve searched every column of the paper and can find nothing of any such sort in it. Very queer, and rather unpleasant.

Did not finish the routine work before it was time to waken the Boys, so gave them breakfast and did some work about the house. Then had another breakfast with the Mater, after which I went to bed and slept luxuriously until 4.30 pm.

After dinner went over to Lancaster House for the school dance (incidentally travelling that route for the last time by tram, No. 2135). The dance was extremely good and noteworthy for the appearance of one of the most striking women I have ever seen, Mrs Poole. A regular Russian countess effect.

Stayed to have late tea with the Grundys, and so home. Mr Stanley was obliged to miss the dance on account of his sciatica.

Today Hitler has denounced that part of the Peace Treaty regarding the internationalism of the great European rivers so, next to Alsace-Lorraine and his colonies. I don’t know what more he can have.