Home > Spies: The real ‘M’ and his near undoing in Ealing 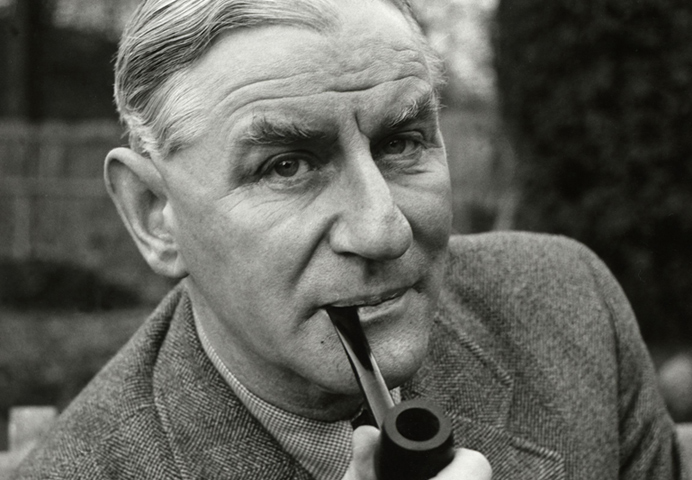 Spies: The real ‘M’ and his near undoing in Ealing

Maxwell Knight was a paradox, writes Henry Hemming. A jazz obsessive and nature enthusiast (he is the author of the definitive work on how to look after a gorilla), he is also seen as being one of MI5’s greatest spymasters.

He was a man who did more than any other to break up British fascism during the Second World War – in spite of having once been a British fascist himself. But his most famous operation targeted Soviet spies, as you will see below.

He was known to his agents and colleagues simply as M, and was rumoured to be part of the inspiration for the character M in the James Bond series.

What few people know about the real M is that the espionage operation for which he would become most well known was very nearly undone by the popularity of a sports club in Ealing.

In 1931, Maxwell Knight recruited a pair of female secretaries as MI5 agents. Both were told to start attending communist meetings in London in the hope one or both of them would be taken on by an important communist as his secretary. Over time, they might then learn more about the British Communist Party’s links to Moscow and any illegal Soviet espionage taking place in Britain.

It worked. One of these secretaries, an MI5 agent called Olga Gray, was taken on by Percy Glading, a Londoner who was secretly working for Moscow. Olga came from a respectable, Conservative-voting family in Birmingham.

But as Glading’s secretary she had to pretend to be someone who had been won over entirely by the intellectual
appeal of communism. Olga was a talented agent, and the ruse seemed to be working well – until one day she heard about the Ealing Ladies Hockey Club.

Olga could not resist the urge to join this lively sporting club in Ealing even though playing hockey with public school-educated girls from west London was not the kind of thing that would exactly enhance her cover; in fact, it could undermine it entirely. As well as being a resourceful MI5 agent, Olga was handy with a hockey stick.

She went straight into the first XI of the Ealing Ladies Hockey Club and was even selected to take part in a Middlesex County trial.

When it was Olga’s turn to host the club’s committee, several years later, the meeting had to be held elsewhere because, by then, Olga was in hiding. Only days before that gathering took place she had been the star witness in MI5’s prosecution of a Soviet spy-ring centred on the Woolwich Arsenal, where she was referred to only as ‘Miss X’.

Olga’s membership of the Ealing Ladies Hockey Club may have weakened her cover as an ardent
Marxist revolutionary, but ultimately her skill as an agent, and the experience of her spymaster, Maxwell Knight, or ‘M’, ensured that she was able to complete her mission.

Henry Hemming is the author of M: Maxwell Knight, MI5’s Greatest Spymaster (published in May by Penguin); which is also due to be turned into a TV series.

Dr Jonathan Oates is to give a talk on the subject at Ealing Central Library on 13 June.