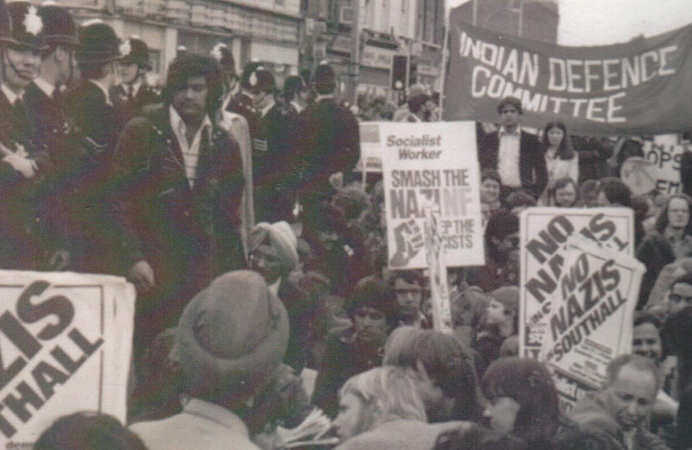 Councillor Jasbir Anand represents Southall Green ward and is a member of the council’s cabinet. However, in 1979 she was simply a young resident watching events unfold around her that were later to be termed by some as ‘the Southall riots’. These are her memories and reflections as we approach the 40th anniversary in April.

“I’m not sure whether people who lived through the terrible events of the late 1970s and early 1980s in Southall realised they were witnessing history in the making. However, looking back with the perspective of 40 years under the bridge, it is now clear to me that they had a profound impact on shaping the Southall we see today, and indeed the borough and the country.

“Out of tragedy, hate, and overwhelming change our communities built a lasting legacy of a vibrantly tolerant and diverse town, which endures to this day. One only has to spend a few hours in Southall to feel the kind and colourful community the town has become.

“The events of 40 years ago arose from the provocations of a hate-filled fringe of British Politics around the National Front, who sought to use the town of Southall as a way of pushing their hate filled agenda nationally.

“Southall, a town that was the destination for a significant numbers of migrants, was a symbol of everything they resented. The far right organised marches and meetings locally, leading to growing tensions and violence, including a racist attack in 1976 that saw 18-year-old student Gurdip Singh Chaggar murdered on Southall High Street.

“The killing of Chaggar, along with other acts of racial violence, was a turning point for many of us in Southall. To date many of us are unaware of the levels of commitment, bravery and determination our ancestors and members of the community demonstrated to give us the freedom and peaceful communities we have today. There was a real realisation that, if left unchallenged, this hatred and those responsible for it would make our home town unbearable to live in.

“The tireless efforts led to genuine cross-community unity, bringing together Asians, African-Caribbeans and allies from the anti-racism movement to stand together, marching in our thousands against racists, demanding that a police force that, at the time, seemed to have little interest in addressing racist violence, begin to act.

“The events of 23 April 1979, when thousands from Southall and beyond rallied against a National Front election meeting at the iconic Southall Town Hall, exemplified this approach. This was a community of different cultures and its allies saying that there was no place for the National Front’s hatred in our town.

“The killing, later that day, of anti-racism campaigner Blair Peach exemplified to local people that many in authority were not on our side and that this wouldn’t simply be a case of defeating the open bigotry of the National Front, but also securing institutional change locally and across Britain. The response to Peach’s death was astonishing – 10,000 marched past the site of his death in the days that followed and 8,000 filed past his body at the Dominion Cinema on the evening of his funeral.

“It didn’t feel like it at the time, but these were key moments in our local and national history. The deaths of Chaggar and Peach, and the responses to them, stand alongside the Brixton riots and the murder of Stephen Lawrence as events that slowly led to great change in racial inequality.

“While we see worrying political trends today, the response to the events in Southall meant that the National Front was eventually broken and minimised; and we slowly saw a change in the Metropolitan Police that led to it becoming more representative of the communities it serves and prepared to take racial violence seriously.

“These are battles that are far from over today but, 40 years ago, Southall was a turning point for all that we have achieved, and will look to further achieve, for racial equality.

“But, locally, perhaps the most important and enduring legacy is the unity that those events created in Southall.

“This year, we will stand together as one town to remember and pay tribute to Blair Peach and the others killed and injured by racists 40 years ago. We will do that in the same spirit that brought thousands on to the streets in April 1979, of pride in a diverse and welcoming town, secure in the knowledge that if hatred and intolerance attempt to force their way into Southall again, we will once again stand as one against it.” 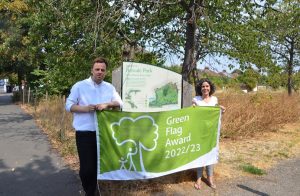