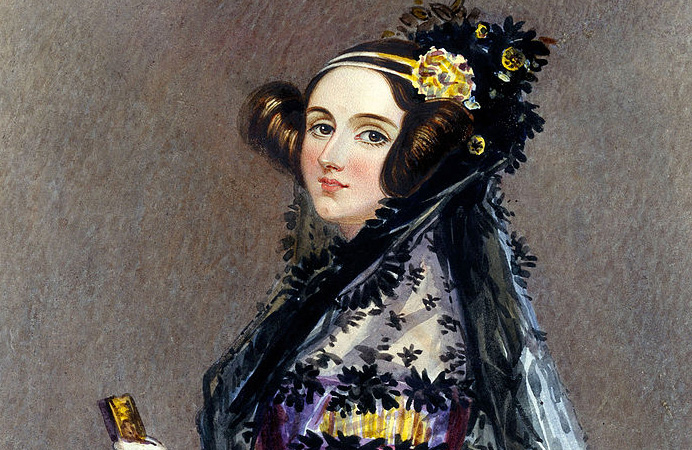 A plaque to commemorate mathematician and computer pioneer Ada Lovelace was unveiled by the Earl of Lytton, her direct descendant, at Ealing Town Hall last week.

Ealing Civic Society organised the plaque and it was paid for by Ealing Council’s South Acton ward forum and money raised via the council’s Do Something Good community projects website.

The unveiling was preceded by a lecture on Ada Lovelace by Professor Ursula Martin, who is the co-author (with Christopher Hollings and Adrian Rice) of Ada Lovelace: The making of a computer scientist. A short speech was also given by the mayor of Ealing, Councillor Abdullah Gulaid.

She also spent some of her childhood at Hanger Hill House in Hanger Lane.

Ada was married at Fordhook in 1835 to William, Baron King. When William inherited the title of the Earl of Lovelace in 1838, Ada became the Countess of Lovelace. On marriage, Ada left her home at Fordhook to live in her husband’s home in Surrey.

She later became known for her work on Charles Babbage’s proposed mechanical general-purpose computer, the Analytical Engine. She recognised that the machine had applications beyond pure calculation and published the first algorithm intended to be carried out by such a machine. As a result, she is sometimes regarded as the first to understand the full potential of a ‘computing machine’ and the first computer programmer (extracted from Wikipedia).

Ada’s mother Lady Byron lived in Ealing, from at least 1822-1840, and left an indelible mark on the town. She lived at Fordhook House (once home to Henry Fielding, the novelist) and Hanger Hill House. You can read more about Lady Byron’s impact on Ealing in our previous article on the subject.

Ada was a happy product of Lady Byron’s short-lived marriage to the famed, or perhaps infamous, Romantic poet Lord Byron. She was a talented child and fascinated by maths and science. As stated earlier, once Ada went on to become Countess Lovelace she became well-known as a mathematician and writer – and her first ‘algorithm’ actually came a century before modern computers were invented.

Ada’s reputation has grown significantly in recent years with the Bank of England announcing she is one of the British scientists being considered as the face for the new £50 note. Ada Lovelace Day is an annual event celebrated on the second Tuesday of October, to raise the profile of girls and women in maths and science. And the ADA computer programming language is named after her, too.

One of the first computerised tunnel boring machines used to build Crossrail (which will soon begin operating as the Elizabeth Line in Ealing) was called ‘Ada’ in honour of her achievements.

Meanwhile, the Ada Lovelace Church of England High School opened temporarily at the William Perkin High School in Greenford before it moves into a new building on the old Barclays Sports Ground off Hanger Lane in September 2020. Coincidentally, this will be very close to the now demolished Hanger Hill House.

The picture at the top of the article is a watercolour portrait of Ada King, Countess of Lovelace (Ada Lovelace) circa 1840 (via Wikicommons).