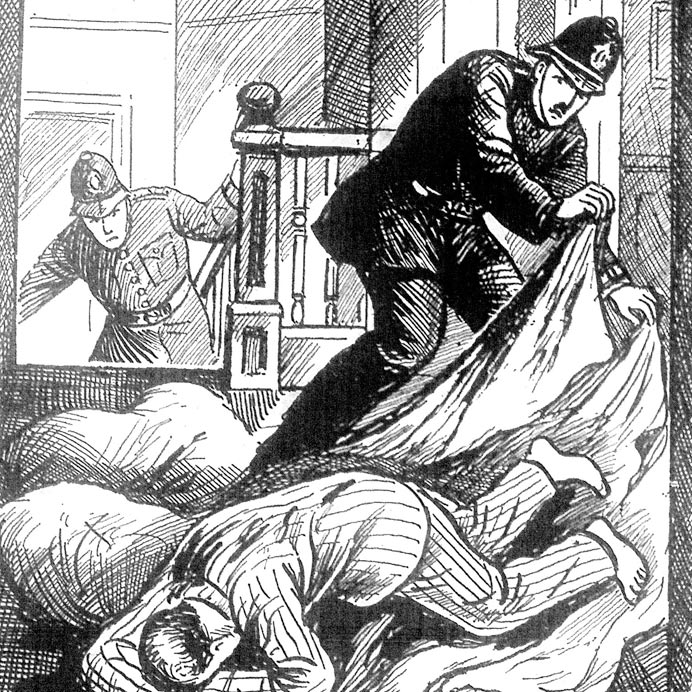 It stands to reason, does it not, that a house where a murder has been committed will be demolished as soon as the police investigation is over, borough archivist Dr Jonathan Oates asks?

Who would want to buy a house to live in where such terrible events had happened? What estate agent could sell one?

A house in Cromwell Street in Gloucester, scene of ghastly deaths in the late 20th Century was destroyed and 10 Rillington Place in Notting Hill is no more. 22 Montpelier Road in Ealing, where two women were killed in 1954, is long gone.

The truth is, however, that many houses where killings occurred still stand. In the three cases cited above the second and third houses were only knocked down years later and for reasons unconnected with crime. Houses do sell, whatever has happened there. A north London flat, home to serial killer Denis Nilsen and where he killed three men, was recently sold and at a higher asking price. Not everyone knows their history and estate agents often sell to those with no knowledge of a locality. Even those who do know what happened often continue to live there. For example a lodger was stabbed to death in a Southall house in 1938 but his landlord and wife remained there for decades thereafter.

There are a number of houses in Ealing where murders have occurred. Some have been destroyed, but usually because whole streets were being demolished to make way for new building developments. Therefore many still stand and it is quite possible that you have walked past one or more without knowing its historical guilty secret. You may even live in one. After all, there is no ‘black plaque’ scheme similar to the well-known blue plaques to denote the residences of the great and good of former times.

A decade ago I had a book published about notorious crimes committed in Ealing or of Ealing residents, from the 16th Century to the 1950s. In June I am giving a talk about what I term ‘murder houses’ of the borough, from the Victorian era until the 1950s and will be discussing such houses from all parts of the borough. Many are in very desirable parts of the borough, including one on the attractive Brentham estate.

In one instance there is a personal connection, if a crime historian may say so without untoward comment. When researching the said book I found that in 1941 two murder victims had been concealed in the back garden of a house in a Greenford street where I lived a few years ago. The book I was looking at did not give a street number, so I looked up the murder in the local newspaper in the library and found that it had all happened in the house next door to where I had recently lived.

Had I but known it, when looking out of the kitchen window on the first floor maisonette in question, I would have seen the patch of ground where Mrs Watson and her daughter had been buried after having been given lethal doses of cyanide.

Dr Oates is giving a talk on this subject at Ealing Central Library on Tuesday, 21 June in the Green Room, at 6.15pm. The cost is £3 for library members and £5 for non-members.