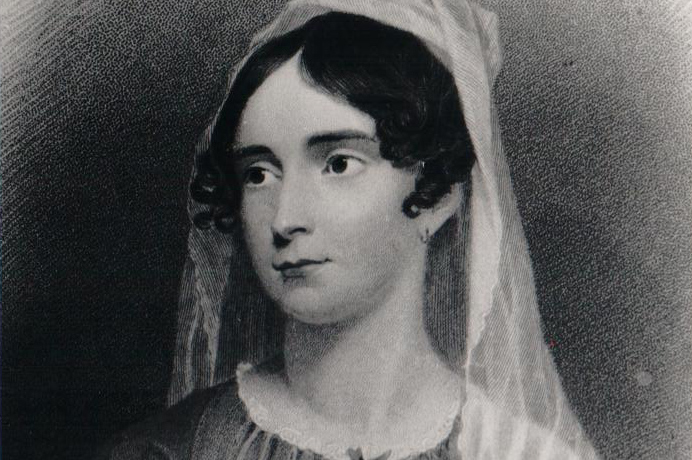 This is a tale involving a world-famous poet; his wife, a Victorian social campaigner and school benefactor; and their talented daughter. A talk on the subject is being given on 10 October.

It will tell you, among many other things, that Anne Isabella Milbanke (pictured above) was born in 1792. She shot to fame in 1815 because of her short-lived marriage to the famed, or perhaps infamous, Romantic poet Lord Byron, from whom she separated in 1816. She had been taught by a former Cambridge academic and was a woman of high intellect.

She also lived in Ealing, from at least 1822-1840, and left an indelible mark on the town. She lived at Fordhook House (once home to Henry Fielding, the novelist) and Hanger Hill House. She had a brilliant daughter, Ada, from her marriage to Lord Byron. Ada later became Countess Lovelace and was a mathematician and writer who is commonly credited with writing the first ever computer programme, or ‘algorithm’, a century before modern computers were ‘invented’.

A plaque to Ada was unveiled at Ealing Town Hall by the Earl of Lytton, her direct descendant, in 2019.

Lady Byron was interested in social and political issues, including education, penal reform and anti-slavery (being one of the few women to attend the World Anti-Slavery Conference of 1840). In Ealing she established the Ealing Grove School in 1833. Under the headmastership of Charles Atlee, it taught boys, both boarders and day pupils, numbering 80 in all in 1845. As well as an academic curriculum, the boys spent three hours a day gardening. Its purpose was to educate the boys in order that they could take up teaching as a profession.

It was a fee paying school, but Lady Byron paid the fees of some of the boys. Lady Byron relinquished control of the school to Atlee in 1848 because of her advancing years. The school closed in 1852. There is now a plaque on the site, which is part of the University of West London.

A visitor to the school in 1836 wrote about what she saw: ‘I went to see with great satisfaction, Lady Byron’s school at Ealing…for the boys of the common ranks. There were sixty of them, who after doping their lessons of writing etc., got up at the sound of a little bell, and ran eagerly each to his spade or mattock and worked away at levelling ground and other country work as sturdily, and, in proportion, as effectively as men, but far happier. They work as carpenters, too, and keep all the premises in order, and mend their own shoes and clothes. It seems to me an education well qualified to make them industrious and happy, and ready to turn their hands to anything – boys especially qualified for new settlers in our colonies; and the carpenters and gardeners of Acton and Ealing are mighty glad to have them for apprentices, a very good proof of the good effects of their schooling’.