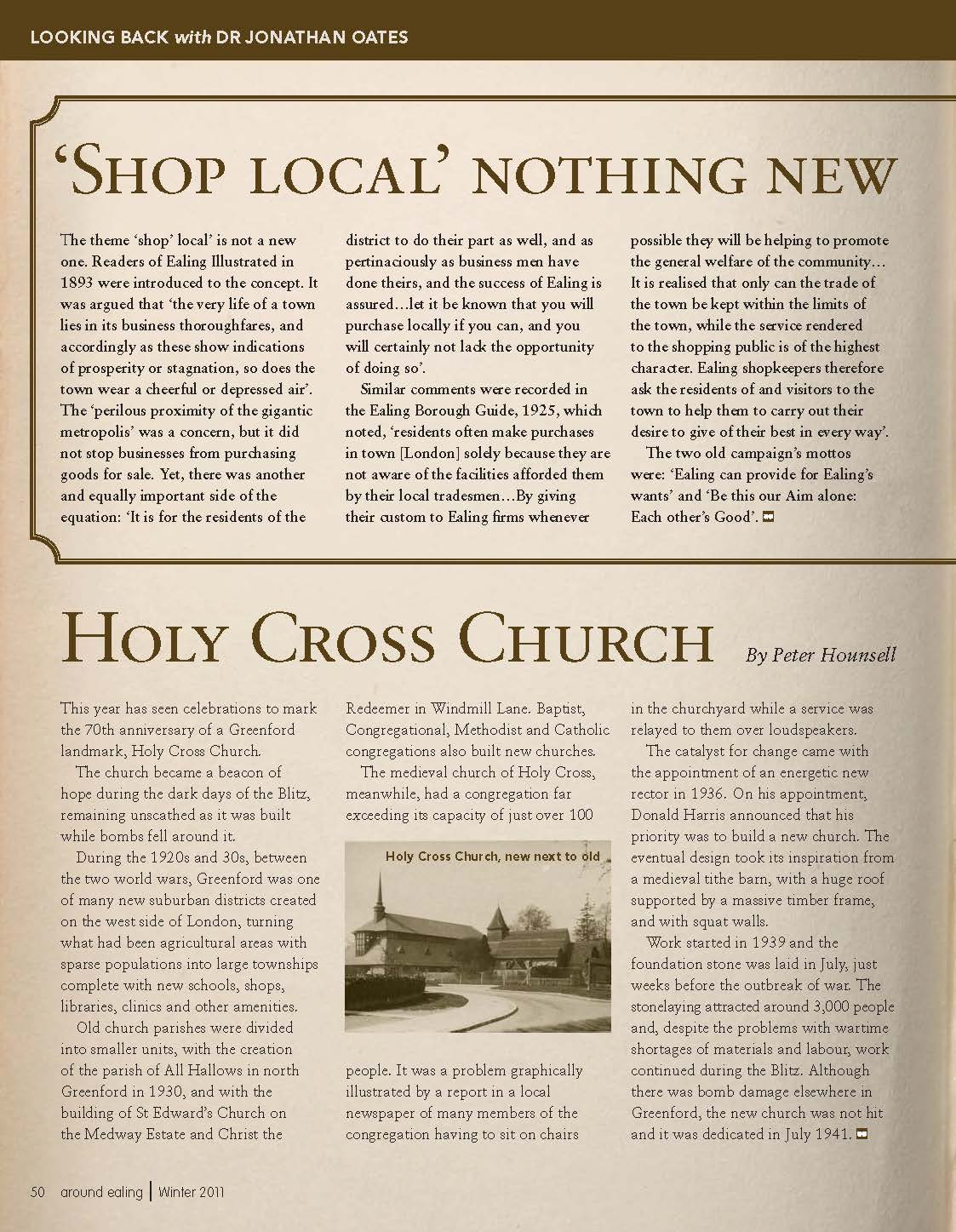 This year (2011) has seen celebrations to mark the 70th anniversary of a Greenford landmark, Holy Cross Church, writes Peter Hounsell.

The church became a beacon of hope during the dark days of the Blitz, remaining unscathed as it was built while bombs fell around it.

During the 1920s and 30s, between the two world wars, Greenford was one of many new suburban districts created on the west side of London, turning what had been agricultural areas with sparse populations into large townships complete with new schools, shops, libraries, clinics and other amenities.

Old church parishes were divided into smaller units, with the creation of the parish of All Hallows in north Greenford in 1930, and with the building of St Edward’s Church on the Medway Estate and Christ the Redeemer in Windmill Lane. Baptist, Congregational, Methodist and Catholic congregations also built new churches.

The medieval church of Holy Cross, meanwhile, had a congregation far exceeding its capacity of just over 100 people. It was a problem graphically illustrated by a report in a local newspaper of many members of the congregation having to sit on chairs in the churchyard while a service was relayed to them over loudspeakers.

A catalyst for change came with the appointment of an energetic new rector in 1936. On his appointment, Donald Harris announced that his priority was to build a new church. The eventual design took its inspiration from a medieval tithe barn, with a huge roof supported by a massive timber frame, and with squat walls.

Work started in 1939 and the foundation stone was laid in July, just weeks before the outbreak of war. The stonelaying attracted around 3,000 people and, despite the problems with wartime shortages of materials and labour, work continued during the Blitz. Although there was bomb damage elsewhere in Greenford, the new church was not hit and it was dedicated in July 1941.

This originally appeared in Around Ealing winter 2011