Home > Henrietta: The king’s mistress and the Georgian court 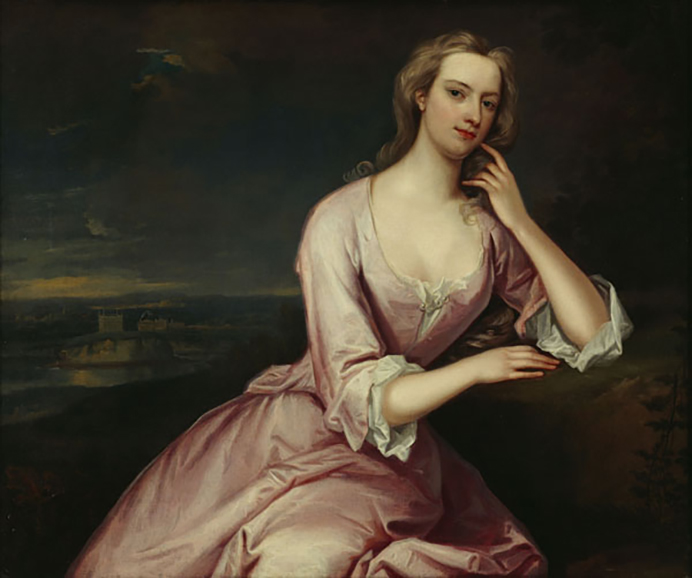 Henrietta: The king’s mistress and the Georgian court

Henrietta Howard, later Countess of Suffolk, was the long-term mistress and confidante of King George II. In March, renowned writer and historian Tracy Borman will be giving a talk to provide a fascinating insight into the Georgian court and reveal a woman who was far more than mistress to the king.

Howard was a dedicated patron of the arts; a lively and talented intellectual in her own right; a victim of violence and adultery; and a passionate advocate for the rights of women long before the dawn of feminism.

Described by Swift as a consummate courtier who packed away her ‘private virtues… like cloaths in a chest’, by Pope as ‘so very reasonable, so unmov’d’, and by the world at large as ‘the Swiss’ (due to her apparent neutrality), she remains as fascinating and perplexing today as she was for her contemporaries.

Historian and broadcaster Tracy Borman is author of Henrietta Howard: King’s Mistress, Queen’s Servant and will be giving her talk at Gunnersbury Park Museum on 5 March. See the bottom of this article for further details of how to attend. Below, she provides us with some background to Henrietta’s life.

Henrietta: Star of the court

Born into the distinguished noble family of Hobart in 1689, Henrietta made a disastrous marriage to Charles Howard which plunged her into poverty and disgrace.

Ever resourceful, Henrietta rescued the couple’s fortunes by undertaking an expedition to Hanover in 1714 to ingratiate herself with the future royal family. The audacious plan worked, and she was appointed Woman of the Bedchamber to Caroline, Princess of Wales.

Henrietta soon became a star of the court. Renowned for her intellect and wit, she counted some of the greatest literary figures of the age as her closest friends. ‘I know a reasonable woman, Handsome and witty, yet a friend’, wrote Alexander Pope in his poem On A Certain Lady at Court. Jonathan Swift based one of his characters in Gulliver’s Travels on her, and she was said to have advised John Gay on a satire he wrote about the court.

None of this impressed Caroline’s husband, George, Prince of Wales, who professed to hate ‘boets and bainters both’.  But he nevertheless took Mrs Howard as his mistress in around 1718. It was an affair borne not of passion but of convenience. George was passionately in love with his wife, but he believed that a mistress was a ‘necessary appurtenance to his grandeur as a prince.’ The affair was conducted with the clockwork regularity so typical of the prince. Onlookers at court remarked that he would enter Henrietta’s apartments at precisely 7pm every evening, ‘with such dull punctuality that he frequently walked about his chamber for ten minutes with his watch in his hand, if the stated minute was not arrived.’

Despite its lack of passion – or even affection – the affair would last for almost 20 years (long after George had become King in 1727), becoming one of the longest in royal history. Henrietta relieved the tedium of her life at court by listening to the gossip of her friends and fellow servants. Renowned for her discretion, she was nicknamed ‘The Swiss’, and could be trusted with even the most scandalous tales of the court. One of her confidantes was Molly Lepel, who wistfully recalled a riotous summer spent at Hampton Court in 1716, which had been filled with lively conversation, ‘frizelation’ (flirtation) and ‘a thousand agreeable things’.

Henrietta became increasingly desperate to escape her life at court, though, and when she was embroiled in a political scandal in 1734, this finally gave her the opportunity. She retired to Marble Hill, the beautiful Thames-side house she had built in Twickenham several years before, and married – for love – the amiable and accomplished George Berkeley. Together they established their home as such a glittering social centre that it even rivalled the court itself. ‘There is a greater court now at Marble Hill than at Kensington’, wrote a scandalised Pope in 1735, ‘and God knows when it will end.’

Book your place at the talk

Go to the Gunnersbury Park website to book your place at the talk:

Tracy Borman is a historian, writer and broadcaster who has worked for a wide range of historic properties and national heritage organisations, including the Heritage Lottery Fund, The National Archives and English Heritage. She is currently the chief executive of the Heritage Education Trust and joint chief curator for Historic Royal Palaces.