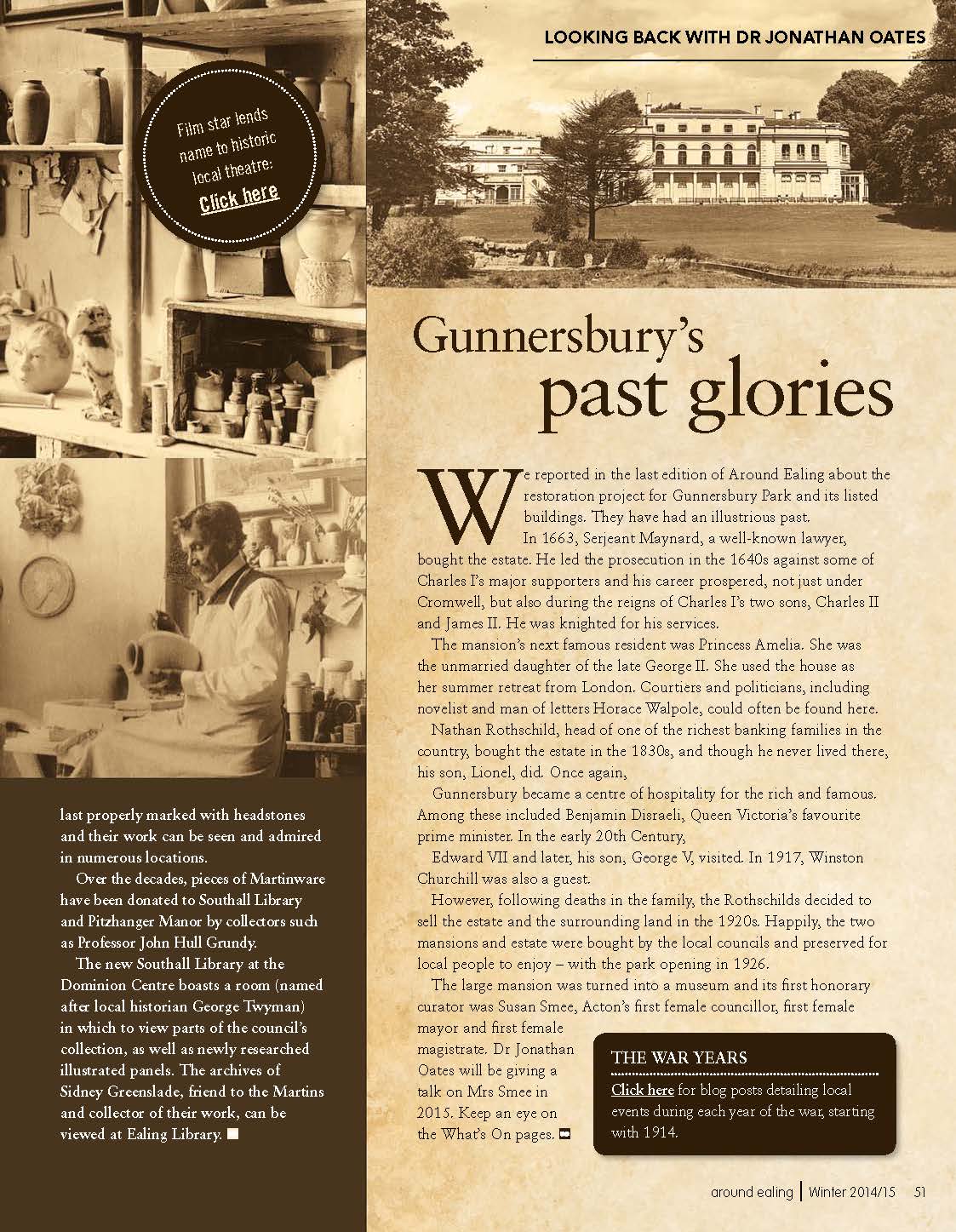 We have reported in Around Ealing about the restoration project for Gunnersbury Park and its listed buildings. They have had an illustrious past.

In 1663, Serjeant Maynard, a well-known lawyer, bought the estate. He led the prosecution in the 1640s against some of Charles I’s major supporters and his career prospered, not just under Cromwell, but also during the reigns of Charles I’s two sons, Charles II and James II. He was knighted for his services.

The mansion’s next famous resident was Princess Amelia. She was the unmarried daughter of the late George II. She used the house as her summer retreat from London. Courtiers and politicians, including novelist and man of letters Horace Walpole, could often be found here.

Nathan Rothschild, head of one of the richest banking families in the country, bought the estate in the 1830s, and though he never lived there, his son, Lionel, did. Once again, Gunnersbury became a centre of hospitality for the rich and famous. Among these included Benjamin Disraeli, Queen Victoria’s favourite prime minister.

In the early 20th Century, Edward VII and later, his son, George V, visited. In 1917, Winston
Churchill was also a guest.

However, following deaths in the family, the Rothschilds decided to sell the estate and the surrounding land in the 1920s. Happily, the two mansions and estate were bought by the local councils and preserved for local people to enjoy – with the park opening in 1926.

This originally appeared in Around Ealing winter 2014/15