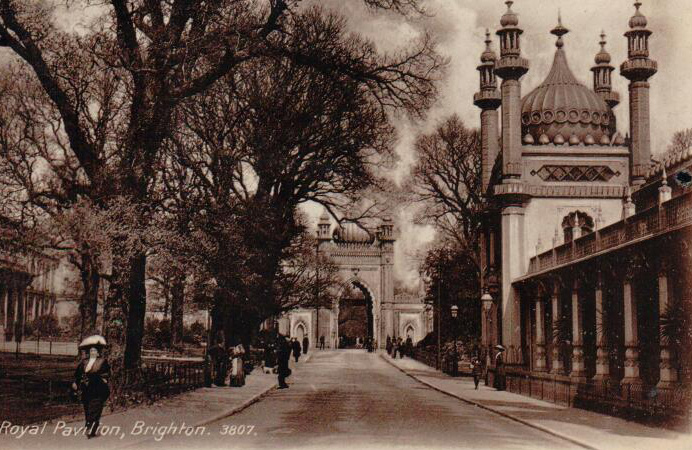 Week 29 sees Goodlet pop down to Brighton himself, before returning home to Ealing and pondering the ever worsening situation in Europe while getting on with everyday tasks in town. He bumps into a Daily Mail reporter who lives nearby.

Woke late and had lunch with the Mater, the Pater having left for Brighton to put in a day with Ine and the Doc. Incidentally, Ine seems to be making very slow progress and now the Pater tells me that the Doc. is having trouble with his tummy.

After tea went over to the Aunts’ and then on to Kidd and Joan’s, (where) I had dinner and spent a very pleasant evening indeed, only getting home in fact at 1.45 a.m. Have discussed with Kidd possible yachting changes.

A notable event today has been the conclusion of a pact of agreement between Germany and Austria whereby Germany promises to cease her political campaign of pressure against Austria and both make mutual concessions, etc. Some score for Mussolini. However, it may probably help to clarify things all round.

It is sixteen years ago that Peg died; she would have been thirty two now. It is queer how badly everything has gone since she died.

Rose for lunch and Kidd, Joan and the little girls came for tea. Kidd and I had further discussion over the proposed Yachting alterations and later, when Stanley came, he and I went into it thoroughly and produced quite a workable scheme. I’ll have to produce a new course. Spent a pleasant evening with music, etc., and walked to Horn Lane as usual.

The Chancelleries are all much excited over the Germany-Austria Pact and I expect there will be a good many fresh dispositions of influence all over the world soon.

I see the dawn is starting to get later once more with a vengeance.

Usual late start, and then employed on routine during the afternoon. After tea strolled over to the Aunts’ and had another cup with them. They very decently had a packet of cigarettes waiting for me.

After dinner wrote out the Pater’s check for income tax and walked to Ealing to post it. Spent about half an hour on Springfield Avenue Bridge and saw the Mail go through. Looked assiduously for the comet that the newspapers said would be visible tonight, but there wasn’t a sign of it.

Not much news; the Austro-German affair still causes all round fluttering, but not much else. It was officially admitted in Parliament today that Germany is re-fortifying Heligoland.

Usual late night, or rather early morning, and usual rotten start. Lunched with the Mater and Pater and lazed about in the afternoon. Joan brought the youngsters over for tea and I took them all back at 6. Met JD and told him of the new yachting alterations, at which he was very sick. Old Tory.

Had a close up view of the GWR diesel 0-4-0 tonight and thought it a good job. Went down Ealing with a letter from JM from the Mater and on to have a cup of tea with the Aunts. Home at 11, meeting en route the Daily Mail chap that lives next door.

Usual all night sitting, mostly engaged in making a new yacht for Stanley; must say it is rather a good job. Was very late up and pottered about as usual during the afternoon.

Called on Kidd and Joan after dinner and intend putting in a long might making the new yachting course. Some job, too, I fear I have left it a bit late.

Not a lot of news. The Queen Mary is in dry dock for overhaul and turbine repairs. Continental affairs are apparently quietening down a bit. God only send that they stay so.

Worked all night until 6.15 on the new Yachting board but did not quite finish it.

Rose at one pm for lunch, whereto were the Aunts, and went down to the bank, where once I overdrew the account. I wonder how long this farce will continue.

Home again to work on the board and finished it. Joan and the youngsters were in for tea. Stanley came to dinner and afterwards with Kidd and JD we sailed two matches on the new course under the new rules; Stanley winning one and Kidd the other. Stanley and HD were not indisposed to the new proposals; but Kidd was not keen and rather than jeopardise the game I shall drop the idea.

The sensation today is a frustrated attack by a man with a revolver on the King as he was riding up Constitution Hill. Some sensation.

Up at lunchtime, whereat I lingered over a splendid Clyde number of the Yachting World.

Busy most of the afternoon and after tea typed up two letters from the Pater and then went to the Library and the Aunts, meeting Eddie Baden on the way home.

After dinner went up Twyford Bridge to see the Diesel shunting, which it certainly seems to do very well, and then to Ealing Broadway and back just for the sake of old times; but didn’t see a soul I knew.
Ought to have gone to bed early tonight, but of course I haven’t (it’s now 6 am); just pottering.
Had a letter from Daniel today from Maidstone.

The great news is still the escape of King Edward yesterday, and really it seems a bad business.

I see suggestions made that we may have a try at robbing Portugal of her colonies in order to give them to Germany. A blackguardly idea.