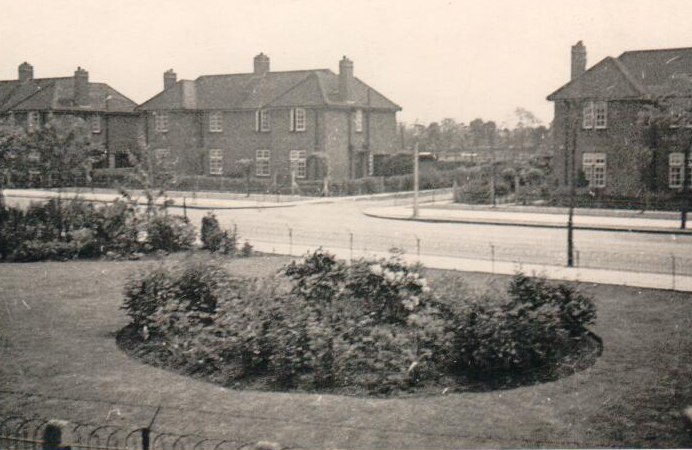 Week 22 begins with bad news and a general fog of gloom descends over proceedings. Brief respites come in the form of horse racing and also a shopping trip to Acton followed by an enjoyable walk home. You can catch up on the cast of characters in our introduction.

Black Monday with a vengeance. A very bad communication from Adams in Paris, which disgusted and depressed the Pater. Then, the checking of the electric light meter, which is heavier than ever and means we shall have a seven days notice in very shortly.

The Mater is suffering very badly under this never ending strain and is very tired today.

Finally, a letter from Daniel, saying he leaves for his operation tomorrow. Poor fellow. Rotten luck.

Up earlier today and fairly busy, and after tea to the Aunts’, whom I found well.

Took a walk after dinner and have put in three hours mounting the cylinders on the Rocket. Glad the job is done; also, there is plenty more to do.

One piece of good news. Fuzz has won the recitation prize at M.T.s

Up at lunch time to find things much as usual. Had a card from the Cadics.

In the afternoon, Joan and the youngsters were over. I accompanied them home and went to Ealing to air mail a letter I had typed for the Pater for Arena. Called for the flat irons on the way home and saw Kidd. He is dissatisfied over the attitude of Hodges at the sailing club last night, and thinking back, so am I. I will do something about it.

Got home to find the Doc. Here on a flying visit, and he seemed to cheer the Mater and Pater up a good bit. He left after dinner and after I had washed up I went for an hour’s stroll. Have put in 2 hours’ model work and have fitted the valves and regulator to the Rocket. Not a bad job.

The Mater is terribly worn out and I pray for some ray of good news, if it is only to lift her up a bit.

Rose quite early and went down to the bank where, in consequence of generous help from the Doc., I was able to draw some much needed money.

Home again in time to hear the result of the Derby, the Aga Khan’s Mahmoud winning in record time. Then listened to the broadcast of the departure of the Queen Mary on her maiden passage. A great occasion, and I hear that over a quarter of a million people saw her leave strictly to time and in beautiful order.

Called on the aunts to sympathise with them on backing a loser and after dinner called on Kidd and had a chat on valve gears with him.

Have spent three hours on the Rocket, but made a poor job of the pipe work, which will have to be done again. Damn. Met a school boy friend of J.M.s., one Mervyn Watson.

The Mater is still very weary.

Up to breakfast (not very early) with the Aunts and after lunch went round to the School for tea, later returning here with Mr Stanley.

Kidd, J.D. and Eddie turned up later and we sailed three fine races, Kidd, Stanley and self each winning one. Walked to Horn Lane as usual.

There has been bad news from Palestine, one of the British police having been treacherously shot. Poor youngster, he was only 26 and had only been out 6 months. Name, R.A. Baird. God comfort his mother.

Naturally this has jarred the Mater badly, and no wonder.

Once more the trawler Girl Pat has come to life, this time at the W. African port of Dakar, where she coolly ran up a heavy bill for repairs and stores and then just skipped off. Really, it is an amazing escapade for peace time in the 20th century.

Affairs here still at the point of desperation. Had a letter from Daniel today from Portsmouth.

Although called by the Mater to hear it, I lay in bed this morning and so missed the broadcasting of the Proclamation of the King’s Coronation. More’s the pity, as the Mater said it was well done.

After lunch the Pater left for Brighton, where I hope the change will do him good, and later Joan and the little girls came for tea. Saw them home at 6 and went to Ealing for shopping. Visited the Library and also the Aunts.

After dinner wrote J.M. and Daniel and went to Ealing to post a good batch of correspondence. Since then have spent a couple of hours reading Voyage of the Tai-Mo-Shan instead of getting on with the Rocket. Damn, I am incorrigible.

No change in the family fortunes, but, T.G., the Mater seems better today.
Palestine seems more peaceful and there is little other news save the death of Lord Darling, the famous judge.

Rose in fairly decent time, as the Mater had breakfast waiting for me

besides the drawing room fire, but fell asleep over it and more or less dozed until 5. Actually feel very sore and stiff all over; it must be this beastly wind, I think.

Buzz met Joan in Ealing this afternoon and learned that Thomasina had been ill all through the night with sickness, and they had to get in the doctor; so after supper I went over to No. 15 to see how she was. Found she was still pretty bad, poor kiddie, but asleep soundly and hope to hear she is much better in the morning.

Buzz and I have just put in 3 hours on the Rocket. I’m a fool to have wasted a whole day by not starting earlier. However, she goes on.

Had breakfast in bed and rose for lunch feeling very tired. After dressing, decided on the Mater’s advice to go over to No. 15 and see how Thomasina was. Half way over met Joan coming over to see us with Annabelle, and with the distressing news that Thomasina was worse, having been violently sick all night, the Mater and I went over and spent the afternoon with them, and really, I think, the youngster is a bit better, although, poor infant, she looks pretty washed out. I returned at 6.30 to help the Aunts get dinner ready and receive Stanley, who came for the evening. Kidd brought the Mater home later on.

Stanley played to us after dinner and we sat chatting until 1 a.m., when I accompanied him to Horn Lane.

There is not much news about Palestine and I think things are quietening down; also believe the Mater is a trifle less worried about J.M.

20 years since Jutland. It is incredible.