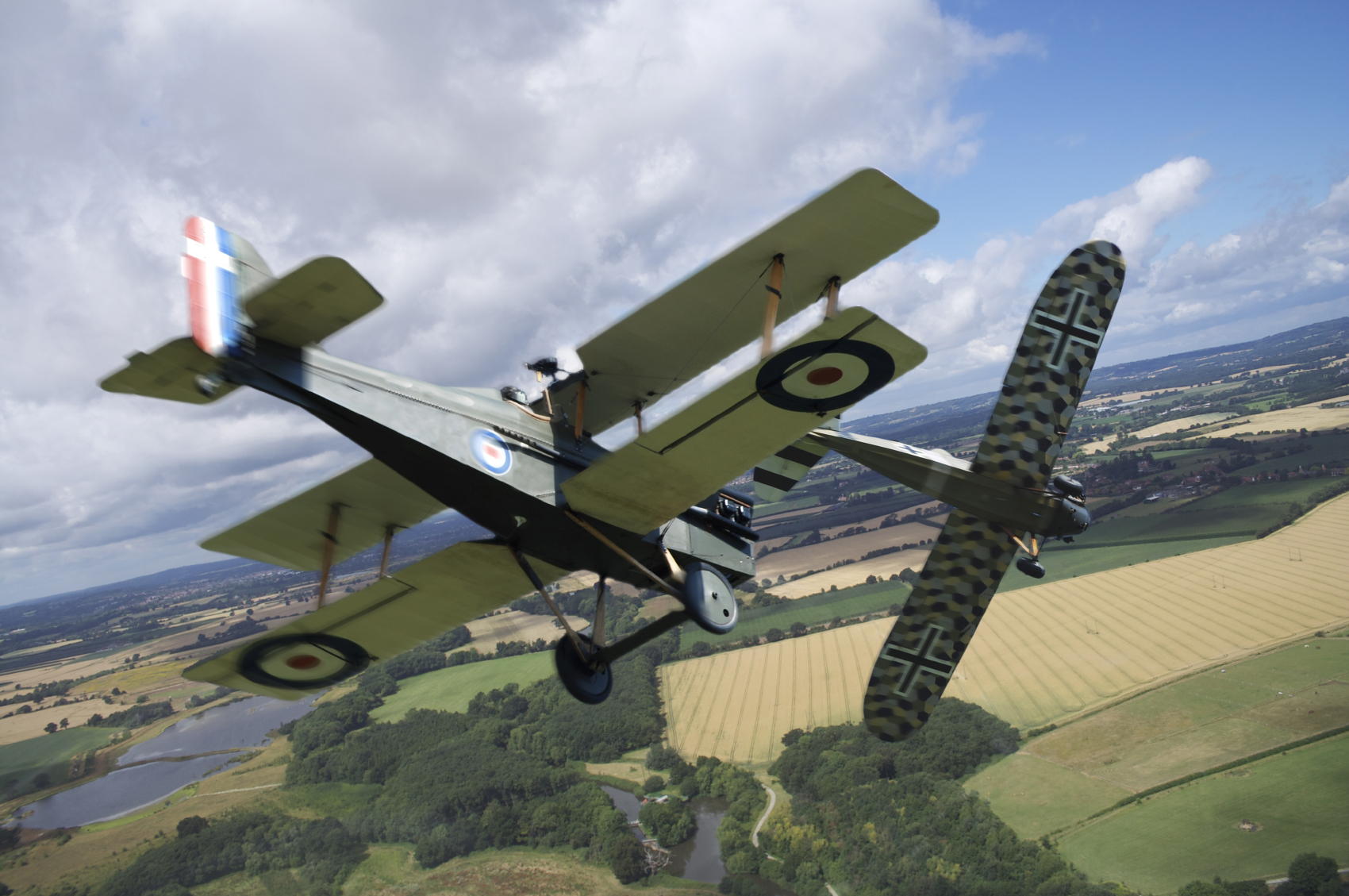 Harold and Sidney Medlicott’s family lived in Ealing and the pair fought and died during the First World War. Harold’s story reads like a Hollywood script.

He escaped from prisoner-of-war camps at least 10 times. Prior to being imprisoned, he was one of the early Royal Air Force’s leading fighter pilots and his repeated escapes made him a hero to other prisoners. Thanks to the expertise of researcher Mike Lawson, we were able to tell the brothers’ stories in Around Ealing in 2010. We repeat the amazing tales here.

In 1911, before the war broke out, the Medlicott family were living at 45 Colebrook Avenue, Ealing. There was cigar buyer John, his wife Laura, and their three children Harold, Sidney and Winifred. Sometime before 1915 the family moved to 20 Granville Gardens, Ealing Common.

The council placed the brothers’ names on Ealing War Memorial a few years ago, among the borough’s list of war dead, including those others from the First World War 1914-1918.

Harold William Medlicott enlisted with the Royal Horse Artillery at the outbreak of war in August 1914, aged 21, and

soon rose to the rank of corporal. In September 1914 he transferred to the Royal Field Artillery and obtained a commission as a Second Lieutenant.

Soon after he moved to the Royal Flying Corps and obtained his aviators’ certificate in January 1915 and was posted to No.2 Squadron. The Royal Air Corps was the early incarnation of the modern RAF. He proved himself to be a daring and skilful pilot and brought down five enemy planes, which qualified him for the term ‘ace’, and for which he was mentioned in despatches on 30 November 1915.

On 10 November 1915, Harold, together with his observer, Arthur Whitten Brown, left on a fateful reconnaissance flight to Valenciennes, within German-held territory.

Two other aircraft from their squadron escorted them but turned back when enveloped by rain and snow. Instead of following them home, Medlicott and Whitten Brown decided to go on alone, but then suffered engine trouble. They were forced to make a landing behind German lines and were immediately captured and sent to a prisoner-of-war camp at Claustal.

Interestingly, Whitten Brown survived the war and was knighted after finding fame as the navigator of the first successful non-stop transatlantic aeroplane flight in 1919. In so doing, he and his pilot John Alcock also won a £10,000 prize offered by the Daily Mail.

From the moment he was captured, Harold’s thoughts of escape possessed him and he made repeated attempts, despite receiving severe and brutal punishments each time he was recaptured. Often, bad luck was his undoing because a number of his daring escapes almost paid off. Cutting wire fences in broad daylight, climbing through windows, jumping over walls and hiding in rubbish being carted from the camp were some of the methods he used.

As he was repeatedly moved to new camps, only to escape again, Medlicott gradually became an almost legendary figure among the prisoners. He was known as the man who had escaped more often than any other, and he appeared almost impossible to confine. He was equally well known to the Germans, including junior ranks of staff at camps to which he had never been sent.

Despite the alleged brutal beatings dished out to recaptured prisoners, these apparently only made Harold even more pugnacious and he is said to have glared back menacingly like a caged animal.

Although he was fearless, he was not a talkative man because secrecy was the key to escaping. Yet Harold’s arrival at any new camp would raise the morale of the prisoners. Correspondingly, the Germans would feel a loss of morale upon his arrival and it was often said that camp commandants would try to pull strings with the object of preventing Medlicott from being sent to their camp.

After a number of bids to escape captivity from other camps Harold was sent to Fort 9, a Colditz-like establishment for serial offenders, at Ingoldstadt. Here he made another escape attempt, this time by removing bars from a toilet window, scaling down a wall at the dead of night and crossing a frozen moat. Yet again he was recaptured and transferred to another camp.

Following another unsuccessful escape attempt in broad daylight on a quiet Sunday afternoon from Holzminden Camp with a Captain Joseph Walter of 7th Battalion Royal West Surrey Regiment, the pair were recaptured and sent to a camp at Bad Colberg.

After serving a term of imprisonment, Medlicott and Walter were warned by the camp commandant that if they should achieve the impossible and get out of the camp they would never return alive. Undeterred, it was from here that Harold made his final escape, again with Walter.

They were recaptured more than 19 miles away and brought back to a railway station near Bad Colberg. According to the Germans, they were shot while attempting to escape from the station, but the British were not convinced by this version of events. Two days later the dead bodies of Medlicott and Walter were returned to the camp.

A British soldier working as an orderly in the mortuary later testified that the two men’s bodies had received numerous bayonet wounds. A Court of Enquiry was set up at the camp, unknown to the Germans, and it concluded that Medlicott had been murdered in cold blood because he was a nuisance.

Medlicott, then 25, and Walter were buried not far from the camp but were later re-buried side by side in the Commonwealth War Graves Commissions’ Niederzwehren Cemetery at Kassel.

In the winter of 1914/15, at the age of 17, Sidney Neville Medlicott enlisted with the 2nd Battalion Middlesex Regiment. Soon afterwards, he obtained his commission as Second Lieutenant to “A” Battery, 61st (Howitzer) Brigade, Royal Field Artillery, in support of the Guards Division.

He fought and died in the Battle of Loos (in 1915, 25 September–14 October) in northern France. The battle was one of the major British offensives mounted on the Western Front during 1915 and marked the first time the British used poison gas in the war.

Sidney, now 18, was mortally wounded during the battle and died on 6 October. He is buried in Chocques Military Cemetery, north-west of Béthune.

Medlicott’s notoriety did not end there. On 24 June 1918, Hansard records a question in the Houses of Parliament to the Under-Secretary of State for War regarding the shooting of Medlicott and Walter, comparing it unfavourably to the lenient treatment given to three German officer prisoners attempting to do the same, from a camp in Stratford in England.