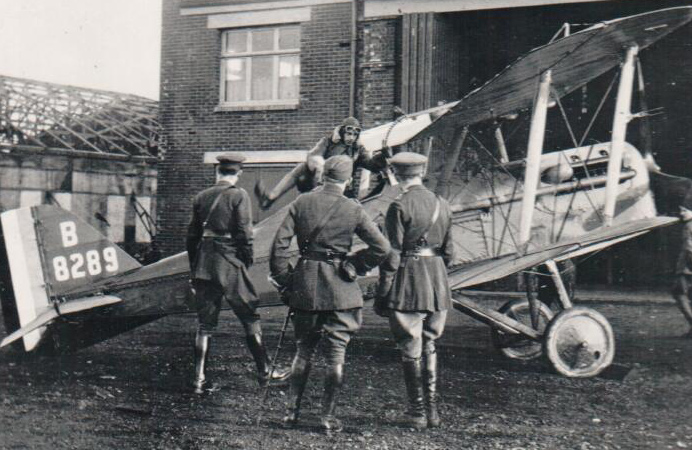 The invention of the zeppelins and aeroplanes meant that war could be carried on from the air as well as land and sea. Civilian and military targets could be hit in this manner and in 1915 the first air raid took place over London, write Dr Jonathan Oates.

As in the Second World War, it was the centre, south and east London which were most badly affected by attacks from the air, but there were concerns in the western suburbs, too.

In 1917 the air raids increased and concern heightened. Acton council resisted a scheme to send its fire engine into London because it was one of only several fire engines available in outer London in the event of a raid. They did buy an additional fire engine at this time. Generally speaking, when the news of enemy vessels came, the police were to take charge and clear the streets.

It was decided that in the event of a raid, people in the streets would be shown by police and special constables into public buildings as temporary shelters. Acton Town Hall was used as an air raid shelter on four occasions in October 1917.

Factories saw it as necessary to provide shelters for employees. In October 1917 the Wilkinson Sword Company designed an air raid shelter in Southfield Parks made up of sandbag walls and a corrugated iron top. However, they decided that this would be too cold and so reinforced their mess rooms to withstand shrapnel and these were the works shelters instead. Vandervells also sandbagged the base of their factory as a shelter

Schools were also protected. By January 1918 three schools in Acton had their windows protected by sandbags. They, the town hall and the police station were designated as shelters. Posters were placed to indicate this and signs were put at lamp posts to direct people to the nearest shelter. Women stewards were designated for each shelter. The arches of Chiswick Park station were also used as shelters in early 1918 and sandbag walls were provided.

Richard Meads, a Southall resident, wrote in his memoir: “There was no law enforcing blackouts and no air raid shelters. One Saturday evening had been with my brother to the Grand Cinema, Hanwell, and just as we came out about 10.30 the air-raid alarm sounded. A search light mounted on a tram went into action, and gradually made its way along to Shepherd’s Bush. We had to walk all the way home and guns could be heard in the distance.”

Official advice was to keep indoors in the event of an air raid. There were two warnings of raids in February 1918 when dances were held at Acton’s Grand Hall. On the first the Hall was not cleared but on the second it was and the town hall was made available for those wishing to shelter there. There were no air raids locally. The nearest bombs dropped were on a house in Whitestile Road, Brentford, killing a number of occupants. People from Ealing visited the site to see the damage.