Home > Evacuation of children from Ealing in 1939 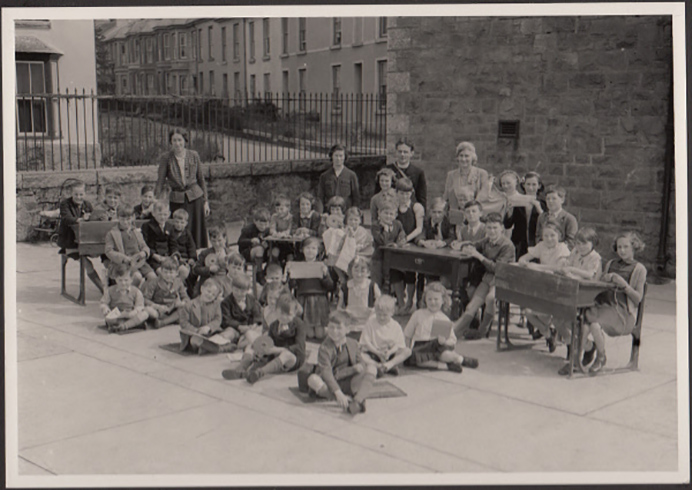 Evacuation of children from Ealing in 1939

Concerns about aerial bombing if the Second World War broke out led to plans being drawn up for the evacuation of children from London in 1939. And, 80 years on, Dr Jonathan Oates looks at how this affected local children.

All children in schools in Acton and all those to the south of the railway line in Ealing and Hanwell could be evacuated if parents and children wished; those to the north of the railway and in Southall, Greenford, Perivale and Northolt were only evacuated if families made private arrangements. Few chose to do so. Even in the evacuation zones, it was not compulsory and only a third of Hanwell and Ealing families did this, but most Acton children left.

Germany invaded Poland on 1 September and war was declared two days later. By then Acton school children had left Acton on trains from Acton Main Line to destinations in Gloucestershire, Dorset and Devonshire. Ealing and Hanwell children went by buses to closer destinations in Buckinghamshire, Berkshire and Oxfordshire. On arrival children were chosen by families to be billeted with them. It was a nerve-wracking time for both parents and children.

Education was disrupted with children often having to share school premises with the children who normally attended them. Church halls and community centres were used for classrooms. It was usual for classroom lessons to be only in the mornings or afternoons, and the rest of the school day was spent on outdoor activities such as walks or outdoor games. Many children had never been to the countryside before and knew little of farm animals or wild flowers. There were numerous new and welcome experiences and for some there was even a holiday atmosphere. However, some had to walk miles to the village school they attended and often found village schools to be small with basic facilities.

Evacuated children were billeted on a whole range of houses from cottages to mansions and were often unused to living in such houses. They had mixed experiences with their new foster parents.

Some parents were very kind and took children on outings and provided them with plentiful food and other necessities, took them for trips out and gave them the run of their houses. However, some underfed them and made them work in their houses or farms for free. Parents occasionally visited their children at weekends, but the further away the children were evacuated the more difficult it was.

Returning home…but not for long

As time went on and there was less bombing of London, children began to drift back home. They became homesick and it seemed pointless for them to be separated from their families as there was little danger at home. When some children left others wanted to do so, as they now missed their friends. By early 1940 most of the evacuees had come home and returned to being educated in their own schools. However, with the invasion of France and the Battle of Britain and Blitz later that year, there was a new wave of evacuation – and another in 1944 with the advent of the V-2 rocket attacks.

Dr Jonathan Oates will be holding a talk on this subject on 5 September at Northolt Library at 6pm.