Home > Emily Taylor: One of our first female councillors 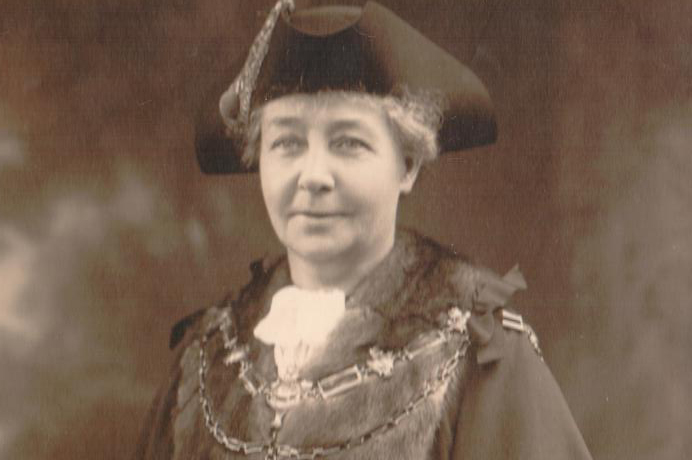 Emily Taylor: One of our first female councillors

In this year, which marks the centenary of women being allowed to vote for MPs, as well as to stand for Parliament, writes Dr Jonathan Oates, it seems apt to discover about the first woman to become a councillor in Ealing and Hanwell, Emily Taylor.

Although Acton had a female councillor from 1911, Susan Smee, Ealing’s first came a little later.

Emily Sophia Sherry was born in Marylebone in 1872, the only daughter of an undertaker’s assistant.

At the age of 18 she was enrolled as a student in the Home and Colonial Training College for Schoolmistresses and briefly taught at schools in London. It was at this time that she met Charles John Taylor, a young accountant employed by the railways, who was interested in social work, and the two of them helped with children’s work as Sunday School teachers, at St Matthew’s Church in Lisson Grove. She briefly worked as a teacher. On 3 August 1894 she married Taylor at St Matthew’s and the couple were presented with leather-bound bibles and the Book of Common Prayer, and three years later they moved to Hanwell, after a couple of years in Stoke Newington. This could have been because her husband’s grandfather had been a teacher there.

By 1901 they were living at 36 Lower Boston Road, Hanwell. They had two daughters in the next few years, and later a son, Eric. In 1911 they were at 58 Greenford Avenue, a seven-roomed house, but clearly had some affluence as they had in live-in mother’s help. The two daughters attended Southall County School and one of them later became a teacher.

At Hanwell the family became involved in work at St Mark’s Church, in Mothers’ Union meetings, where Emily found that some mothers could not afford the services of a midwife. She trained for this work and obtained a CMB in 1912. She also took an extended course to include home nursing, first aid, children’s work and venereal diseases. She also was co-opted as a member of Hanwell Council’s school board, in 1903, at a time when the public could sit on council committees, and became the chairman in 1915, and was annually re-elected. She was also the council’s representative on Southall County School’s management team. She was also a diocesan lay reader and gave talks about missionary work to children throughout the diocese.

It was in 1919 that Emily Taylor became Hanwell’s first female councillor, topping the poll at that election, as one of the three for Hanwell’s northern ward. She became chairman of the Public Health Committee. The local newspaper was enthusiastic about her, stating: “There are few people in Hanwell who know so intimately as Mrs Taylor the needs in the homes of the people and her technical qualifications are such as the council could ill afford to lose her.”

She also became the council’s chairman in 1925 and when the districts amalgamated, a year later, became Ealing council’s first female councillor. Because she was involved in the dissolution of Hanwell’s council in order to merge with Ealing, an opponent of the scheme said of her, “Mrs Taylor, you will go down in history as the woman who handed Hanwell over to the Philistines.”

She was an active member of the Education Committee and the Child Welfare Committee, both of which were conventional female roles. Naturally, she played a large role in the establishment of the Perivale Maternity Hospital in 1937. At this time there were only two other female councillors on Ealing Council: Flora Baker of Northolt and Olive Davis, a Greenford councillor.

In 1938 she became the first female mayor. She said: “I always used to stress the fact that women have a particular part to play in local government.”

When she became mayor, her younger daughter, Marjorie, once a teacher, became mayoress.  However, tragedy struck in 1943 when Marjorie, never in good health, died.

Her crowning glory was to become the first female Freeman of the Borough in 1953.

Two decades earlier she had also become Ealing’s first female alderman, in 1934, and she did not stand down from her aldermanic duties until early 1956. By this time she was a widow and was living with her married daughter in Southdown Avenue, Hanwell. She died there on 28 April 1956, aged 85. At her funeral service it was said: “She was a great Christian servant who saw her life as a calling to serve her fellow men.”