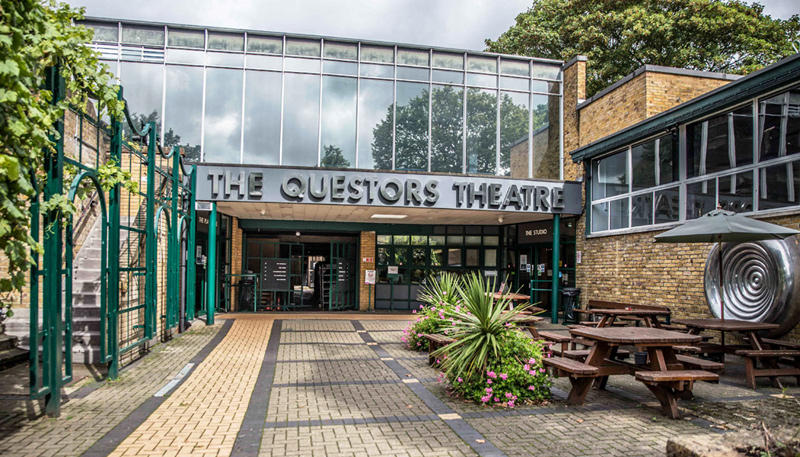 The Questors Theatre celebrated its 50th anniversary with a renaming ceremony, adding a touch of movie glamour.

The theatre in Mattock Lane, Ealing, held a gala performance on 18 October to celebrate its golden anniversary and the new name for its main theatre – which is now called The Judi Dench Playhouse.

Dame Dench, who next year will have been the theatre’s president for 30 years, said: “The Questors’ theatre building is a landmark of theatre architecture, built by this remarkable company. I am absolutely thrilled and very flattered to add my name in celebration of this achievement.”

Richard Mead, chairman of The Questors, said: “We’re deeply honoured that Dame Judi has agreed to allow us to rename the Playhouse on its 50th anniversary.”

How Questors took to the stage

The Questors is now one of the largest amateur theatres in Europe, with a membership of around 1,500, of whom around 600 are actively involved in productions. It has grown from humble origins.

In September 1929, 17 enthusiastic young people, some of whom had previously acted together in local amateur productions in and around Ealing, formed a new theatre group.

After four years of using theatres in Hanwell and Acton to perform in, the group eventually moved into the Ealing Boy Scouts’ base at 12 Mattock Lane, a disused Catholic church which had been built in 1896 in the grounds of a large Victorian house, Mattock Lodge.

Questors members moved in during the summer of 1933 and worked for months to build and equip a stage, install a lighting system, hang curtains and more, at a total cost of £75. In October 1933 the first Questors Theatre officially opened.

The first Questors performance at Mattock Lane, a new play called Dragon’s Teeth, opened in December 1933. The group continued to build both its member base and its artistic reputation. After the scouts moved out, The Questors continued as sole tenants and eventually raised enough funds to purchase the site in 1952. The group’s dream to build a new theatre was now a possibility and fundraising began in earnest. Norman Branson worked-up designs and, after a decade of building funds, the new complex was opened by Queen Elizabeth the Queen Mother in April 1964.

It was regarded as the first purpose-built theatre to be designed in Britain after the Second World War. It put into practice innovative ideas for flexible staging by breaking the old ‘picture frame’ theatre format with an amphitheatre shape. The project was acclaimed by Alec Guinness at the time as “the most exciting theatrical venture to be launched in this country”.
Since, the group has performed in its own 350-seat playhouse (now to be named after Dame Judi Dench) and its small, 90-seat studio theatre. There is a cafe and bar and also a number of rehearsal rooms, and other facilities.

It presents an annual season of about 15 productions a year, as well as some by its student group and youth theatre.

The Royal Shakespeare Company has chosen Questors as one of six partner theatres for its Open Stages 2014-16 project – the only amateur theatre in the UK selected for this honour.

Visit The Questors website for more information – and to find out what is on.

This originally appeared in October 2014