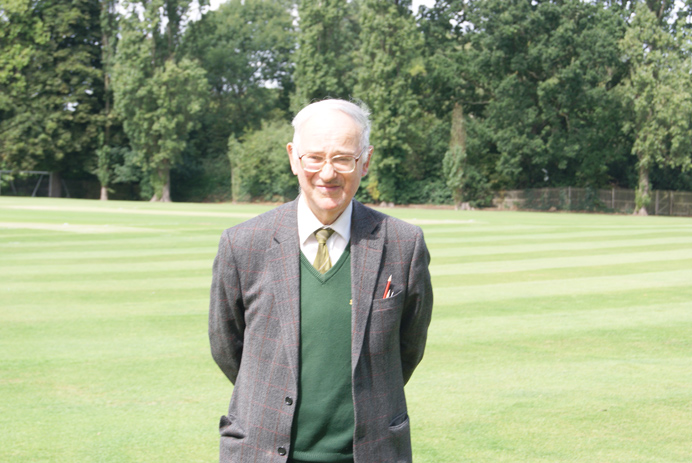 The ‘scorer’ at a cricket club performs an important role, keeping records of all that occurs on the pitch. At Brentham Cricket Club in Ealing, the scorer Ivor Chaplin has not missed a game for more than half a century. The club’s president David Bloomfield tells us more about this remarkable milestone.

It is 1964 – The Beatles pick up their first US Number One single, Nelson Mandela begins his 27-year prison sentence on Robben Island, BBC 2 goes live, and a young Ivor Chaplin walks through the gates of Brentham CC, pencil in hand, to score his first game for  The Trees.

Tomorrow (Saturday, 15 July 2017), Ivor will walk back through the gates at Meadvale Road, this time with an array of coloured pens for strike-rate, balls faced, and overs bowled, to score his 2,000th consecutive game for Brentham CC. The occasion will be marked with a trophy presentation to commemorate this incredible feat of longevity.

After a three-year apprenticeship in the second-team, Ivor made his first-team scoring debut in 1967 and thus celebrates his half-century with the 1s this season as well. Since the formation of the Middlesex County Cricket League in 1972, Ivor has scored all 758 1st team league matches to date.

In 2014 he completed 700 consecutive League matches at which point the Score Box was named after him at a ceremony attended by former Brentham member and Ashes winning captain Michael Brearley. Brearley compared Ivor’s scoring feat with the leading wicket takers in international cricket. Only Muttiah Muralitharan’s tally of 807 now stands ahead in front of Ivor but the gap is closing fast with Ivor set to reach 765 by the end of the season, just 42 shy of Murali’s record.

Ivor’s astonishing achievements over the years has been recognised by one award after another. He is an honorary vice president of both the Middlesex County Cricket League and Brentham Club. In 2014 he was awarded the Middlesex Outstanding Service Cricket Award as well as the UK Outstanding Sports Official prize. He was nominated in 2005 and 2014 for a cricketing OSCA, presented at Lord’s, finishing runner up on the latter occasion. Perhaps the most prized opportunity was being invited to score at Lord’s for a MCC v CCC match in 2015 to add to his appearance at Lord’s with Brentham in 1972.

Ivor’s achievement is an unbelievable one and something that is unlikely ever to be equalled. The club has recognised his unparalleled service to the club by appointing him as a life vice president.

More about the club

Brentham Cricket Club was founded in 1908 as part of the wider Brentham Garden Suburb which was constituted in September 1901. Notable former players include England Test Captain Mike Brearley, England opener Graham Barlow, and Netherlands international Roger Bradley. The club currently runs four league teams on a Saturday and two teams on a Sunday with more than 100 junior members playing between the ages of five and 19.