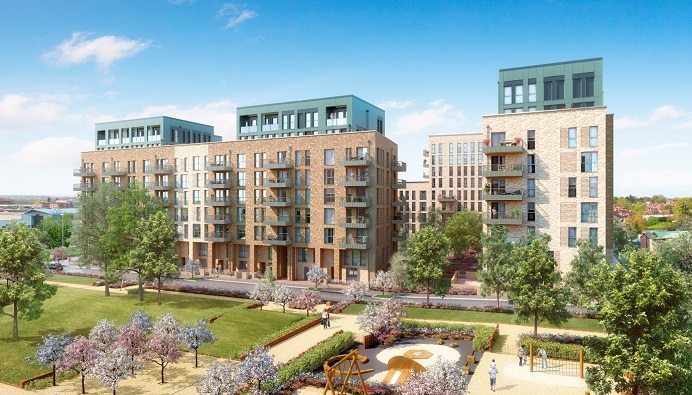 Council housing is celebrating an important milestone. Last July saw the 100th anniversary of the Addison Act, which led to large scale local authority homebuilding across the country. The Act is credited with establishing the principle of state-funded, low rent housing. The first council homes built after it became law will shortly celebrate their centenary.

But the homes built in the aftermath of the Addison Act weren’t the UK’s first council homes. For much of the nineteenth century, serious concerns had been raised about the dangerously overcrowded, unsanitary slums that many poor families were forced to live in.

Fifty years earlier in 1869, Liverpool Council had tackled the problem head on by building houses for rent by the working classes. St Martin’s Cottages included 124 tenement flats which each had its own toilet – an unusual, welcome development for its time.

The London City Council then built the Millbank and Boundary estates in the 1890s, which are thought to be the first council homes in London. Homes on the Grade II-listed estates are now much sought after, and many are privately owned after their tenants were given the option to purchase them under the Right To Buy scheme.

Between 1901-03 Ealing got in on the action by building the borough’s first known council houses in south Ealing – some of the first council homes in the outer London area. The council bought six and a half acres of land to the east of South Ealing Road and just north of South Ealing Cemetery. On the land it built 131 new houses and flats on the new North and South Roads and Chilton Avenue.

There was also a plot of one and a half acres as a play park. The total cost of building was £38,504 7s 4d – equivalent to about £3 million today. Many of these homes are still rented to council tenants.

Council developments remained piecemeal for the next 20 years or so. Large-scale, nationwide housebuilding by local authorities only happened in response to the carnage of the First World War. Returning soldiers were promised ‘Homes For Heroes’ – and council-built homes were the solution. On 31 July 1919 the Addison Act was written into law, offering subsidies to councils to build homes.

In response, Acton District Council’s surveyor, Major Sadler, put together a housebuilding scheme for Acton. He proposed that the council buy the 59-acre Acton Wells golf course, situated between Old Oak Common Lane and the North London Railway line, and build 660 houses there.

The semi-detached houses would have four rooms on each floor; the terraced ones seven in total. Each would have an indoor bathroom – still a much sought-after rarity in those days.

The Addison Act funding was proving popular, with contemporary reports saying that “Acton was lucky in securing the money.” The scheme was quickly approved by the council and the Ministry of Health, and contractors the Westminster Building Company started work in late 1919.

The first tenants moved in from September 1920. Because it was built on a former golf course, the streets were named after golfing terms (e.g. Brassie Avenue), famous golfers (e.g. Duncan Grove) and famous golf courses (e.g. Sunningdale Avenue).

320 social homes were built at the site in the next two years, including 30 built by the Ministry of Health in order to demonstrate innovative new types of construction. However, the council’s ambitions plans came to a halt because in 1921 the government housing subsidy was suddenly scrapped when the economy took a downturn. This forced the council to sell and lease the remaining land to private builders. The estate was eventually completed in 1930.

Many of the properties at the East Acton estate are still council owned. Betty Dell has been a tenant at her home on Brassie Avenue for 68 years. She shared some memories of her life on the estate.

“I was born in a small three-bedroom house nearby on Highlake Road. I was the youngest of 11 siblings – six girls and five boys – which meant it was overcrowded, so we thought ourselves very lucky to move here when I was ten.

“It’s much bigger than the old house, although it still only has three bedrooms, so we all had to top and tail in bed – all my brothers in one room and my sisters and I in the other. Almost all local families slept at least two children to a bed back then, so it felt normal. Once my older brothers and sisters started leaving home it got easier.

“My mum and dad, Hetty and Bob, used to come to the area this house was built on when they were courting, when it was still countryside. Now they have 85 descendants all over the country. Dad fought in the First World War – he was in the Royal Horse Artillery. Most of the people given a tenancy on this estate were ex-servicemen. Mr Duvall, the original tenant of this house who lived here with his family before we moved in, also served in the war.

“It’s a lovely house – the rooms are big and there are gardens at both the front and back. It was very different when we moved in. The council had decorated it green and brown for some reason, and it was much darker and colder than it is now, with a range in the living room which was supposed to heat the whole house. Sometimes it got so cold there was ice on the inside of the windows. That stopped when the council installed central heating, although mum didn’t like turning it on!

“A council inspector, Mrs Carney, used to come around to check that everything was in order and we were sticking to the tenancy rules. She used to run her finger around the top of doors to check that we were keeping the house clean. We had to go to a hut down the road once a week to pay our rent.

“It’s changed a lot around here since I was a girl – people took more pride in their neighbourhood then. There were no cars on the roads, so it seemed more spacious. We knew all of our neighbours; there was a real community here. We had street parties for the Silver Jubilee and royal weddings. People would be in and out of each other’s houses.

“My eldest sister Violet, who is 99, moved back in here a few years ago after her husband Alf died. So this is still very much the family home.”

The aftermath of the Second World War saw another push to get rid of the Victorian slums that many people were still living in and replace them with modern, sanitary homes.

South Acton played host to a lot of run-down housing which had been extensively bombed during the war, making the area a prime candidate for a major reconstruction project.

In 1949, work began to clear the old housing and replace it with a new estate centred on large, semi-Brutalist tower blocks of the kind that sprang up across the country from the 1950s onwards.

The redevelopment – widely considered at the time to be a huge step forward, with indoor bathrooms and central heating – took over 30 years to complete.

Unfortunately, it also quickly fell into decline, suffering from the same fundamental design and social issues that afflicted many post-war high-rise estates.

South Acton’s Harlech Tower was already so shabby by 1981 that it was cast as the down-at-heel Nelson Mandela House in the BBC’s new sitcom, Only Fools and Horses.

Council building hits a peak – and comes to a shuddering halt

No discussion of post-war council housing would be complete without a mention of Cathy Come Home. Ken Loach’s hard-hitting 1966 docu-drama about a single mum who hits a spiral of poverty and eventual homelessness fundamentally changed popular conceptions about the role councils should play in housing.

It was watched by over a quarter of the population and had a huge impact on society at the time; homeless charity Shelter was formed in response soon after it aired. Legislation requiring local authorities to house homeless and vulnerable families followed in 1979.

The council kept on building new homes up until the mid-1980s, by which point Government policy meant that building became financially unworkable. Around the country, the pipeline of new local authority homes dried up. When Oakfields Court on Uxbridge Road was completed in the mid-1980s, it brought to an end over 80 years of development by Ealing Council.

Over 30 years later, Ealing is once again leading the way with council housing. For the first time in a generation, the council is directly building the comfortable, modern homes London so desperately needs. The South Acton estate is being demolished and replaced by the award-winning Acton Gardens development.

Once completed in around 2027, Acton Gardens will host at least 1,250 socially rented homes and almost a third more affordable housing than existed before regeneration began. All of those homes will be well within the means of local people on moderate incomes.

And that’s just one estate; elsewhere in the borough, eight others are also currently being rebuilt. The council’s plans to directly build a total of almost 1,300 new homes for social rent in the next three years are the most ambitious in London. They will form a substantial chunk of the council’s target of creating 2500 new genuinely affordable homes by March 2022; the rest will be delivered by private developers and housing associations.

Thanks to Simon Wafula, David Harvey, David Colley and Dr Jonathan Oates for their help with this article