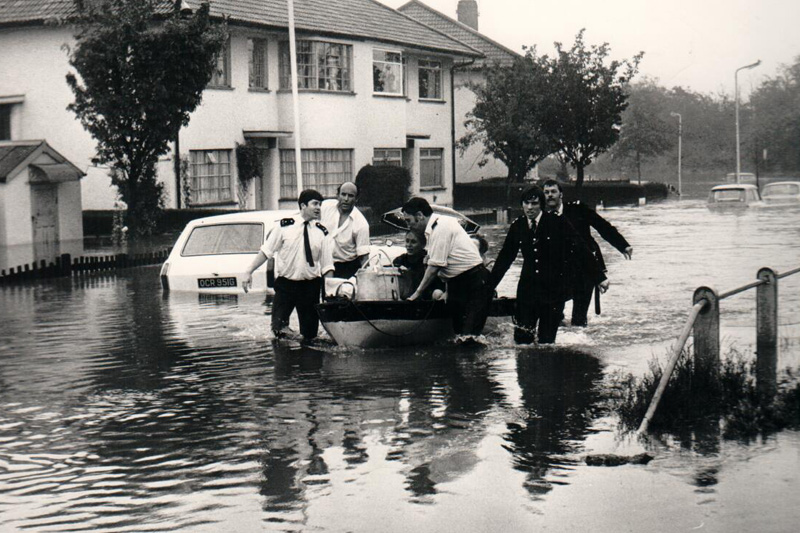 Is that what you think of Ealing’s river, the River Brent, asks borough archivist Dr Jonathan Oates?

It flows through Greenford and Hanwell before joining the canal and then into the Thames and it is true that it is not wide or deep enough to handle boats either for pleasure or for commerce. Yet it has had its share of controversy and danger over the years. Not entirely the ‘Gentle Brent’ of John Betjeman’s poem, Middlesex.

Rivers tend to conjure up an image of beauty, of restfulness, of calm and of the peace of the countryside. Poets, ramblers and naturalists, or those just seeking a pleasant stroll often find them much to their liking. Writers about the Brent, especially in the nineteenth century, have praised the Brent for these reasons.

Yet there is another side, and a far less pleasant one. Indeed, the river featured prominently in the lives and occasionally deaths of residents, it was often a major issue for the council and questions were even asked about it in Parliament. Most important was the problem of pollution which became acute in the late nineteenth century and still has not been permanently solved. As population, housing and industry soared in Middlesex, firms and the public looked for somewhere in which it would be easy and cheap to dispose of their rubbish.

The river seemed the obvious solution and so at times it resembled an open sewer. Fish and other natural life which lived in the river and which had been commonplace up to at least the 1850s became very rare. The stench was detrimental to health. Since the river passed through the jurisdictions of several local authorities – Hanwell, Ealing, Greenford, Willesden and Wembley – there was initially no co-ordinated effort to clean up the river and deal with the polluters. Often councils blamed one another and took out law suits so that someone else would foot the bill.

Another, periodic issue was that of flooding. Heavy storms often resulted in parts of Greenford and Perivale in particular being overrun with water. Sometimes people drowned in the floods and the flow of traffic was extremely disrupted. Once the district became urbanised by the 1930s, the problem was all the more serious. In 1977 several streets in Greenford were flooded, with people having to be rescued and there was also damage to housing. Eventually efficient flood control measures were put into place and so this is an issue which should now be only historical.

Drownings also occasionally occurred. Boys sometimes swam in the river despite prohibition. There are examples of non-swimmers drowning near Churchfields Recreation Ground. Accidental drowning sometimes occurred during or just after flooding. On another occasion two children had a fracas with the result that the younger fell into the Brent by Pitshanger Park and drowned. His attacker was charged with causing his death. Corpses of suicides are sometimes found in the river.

To end on a positive note; in recent decades, the Brent River and Canal Society worked with Ealing Council to create a properly landscaped and marked footpath along the river from Hanwell to Perivale, known as the Brent River Park.

This originally appeared in March 2015