Home > Ealing in 50 buildings – win a copy of new book 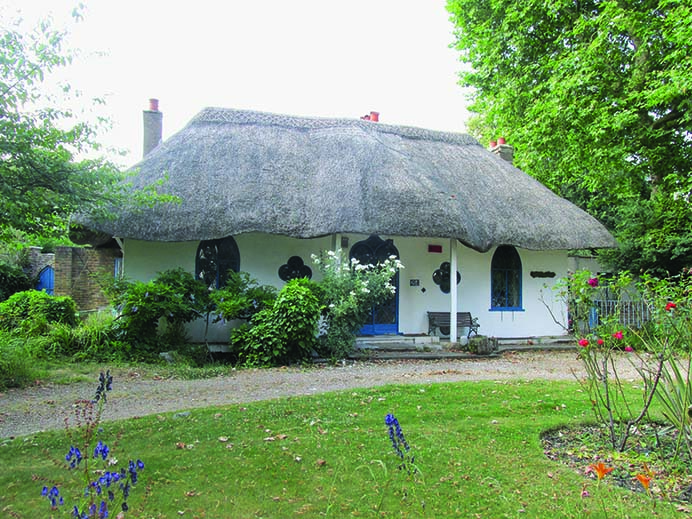 Ealing in 50 buildings – win a copy of new book

A new book takes readers on a tour of the borough through the tales surrounding 50 of its most significant buildings. Written by borough archivist Dr Jonathan Oates and Paul Lang, we have two copies of the book to give away in a competition (see below). First, Dr Oates tells us more about the subject they have researched – and why.

There are many interesting and attractive buildings in the London borough of Ealing. This book gives the stories behind 50 of them. These include public buildings such as Ealing Town Hall, Greenford Hall and Hanwell Library. You can see pictures of five of them in the carousel above.

There are religious buildings, from medieval churches at Perivale and Northolt to 21st Century gurdwaras. Buildings intended as homes include Rochester House and Pitzhanger Manor in Ealing. Businesses such as the former Hoover factory in Perivale and several pubs are also included. There are also a few schools and hospitals as well as a former fire engine station and a rectory. Some of these buildings have been recognised as being first class, but many are of more local interest.

Some of these buildings have been written about previously. There are histories of some of the churches, but for most of these buildings the information is scattered in a variety of different sources. These include contemporary newspapers and directories and architectural guides. This book aims to bring these together in order to provide the reader with details about when a structure was built; if possible the architect and builders and any significant alterations. Owners and changing uses are also noted, as are any important events in the building’s history.

Modern buildings – and some lesser known

Many of these buildings date from the 19th and 20th centuries, when the population of this locality grew considerably. There are a few buildings from earlier centuries, which have survived, usually altered, such as Southall Manor House. This was built in the 16th Century but part of it was demolished for road widening purposes almost a century ago. It is a good example of a building which has had many uses of over the centuries. Another example is the bank on the Mall in central Ealing which began its existence as Ealing Council’s offices before the current town hall was built in 1888.

Not all the buildings we have looked at are well known. One of the oldest can be found in Church Lane, Ealing, among a street of mostly 20th Century dwellings. It is a rare survivor because many of the others fell victim to slum clearance.

All the buildings detailed here still exist, though time does not stand still and many will doubtless see changes as the years progress. The number 50 does limit what can be included and I have already been asked why certain buildings are not there. To this I can only answer that choices have to be made and, it is hoped, there is a reasonable selection of different types of building, many of which are prominent and some of which are off the beaten track. Pitzhanger Manor is well known but not all may know that there is another Soane building locally.

For those new to the borough the book serves as an introduction to some of its most interesting buildings and it is hoped that for more established residents there will be something new.

The book is available from local bookshops and online book retailers but also direct from Amberley publishing.

Win a copy of the book

We have two copies of the book Ealing in 50 Buildings to give away to readers, courtesy of the publisher Amberley.

To be in with a chance of being one of the two winners, you must correctly answer the following question and email it to aroundealing@ealing.gov.uk with the subject line: History book by 11.59pm on Monday, 2 December 2019. Make sure you use the correct subject line for your email or it may not be considered as having entered the competition.

Question: Which well-known local building, once attended by Charlie Chaplin, used to be a school?