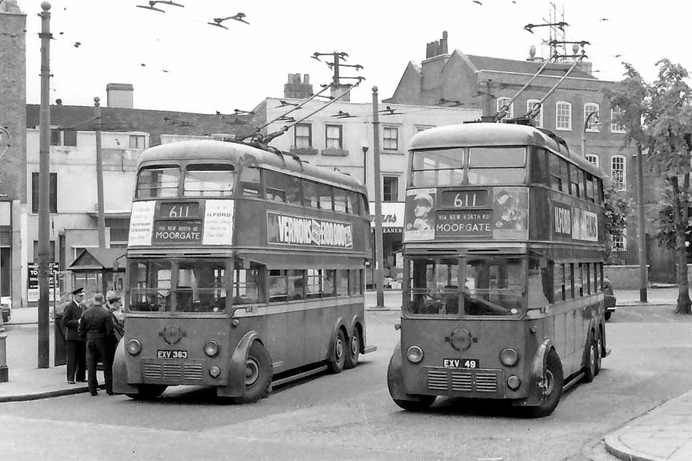 This is the sixth week of our serialisation of Ealing resident Alexander Goodlet’s diary from 80 years ago. This week, a strike at Smithfields is in the news but some unwelcome financial developments are occurring at home. To see the background to the serialisation, and the cast of characters, read our introduction.

Up at ten, and at twelve Daniel and I went up on the C.L.R. to Oxford Circus and walked down Regent St. Left him at Piccadilly and went to the bank, where I confirmed that no cheque had come from P.S.F.C. This is an ugly situation.

Home, and wrote the Pater regarding it. Went down to Ealing after dinner to post the letter and called at Kidd’s for Daniel.

The strike at Smithfield has developed incredibly and there are rumours of other transport workers joining.

Had a grand long sleep until 2.30. p.m. The Mater went out to tea with Joan, so the Boys, Daniel and myself had tea alone.

Stanley to dinner and afterwards, when Kidd and Ernest came in, we sailed two races. E.H. won one and I the other. I fear poor old Kidd is not having much luck this session.

Up at 10.30 for breakfast and then messed about until after lunch, after which the Mater went out to tea and Daniel to the City, leaving me in charge. Fuzz was in too, ill in bed with a cold.

Joan and Thomasina came in for teas. The latter has had a bad fall and cut her face badly near her right eye, most fortunately without actually touching the eyes.

When everybody returned Daniel and I took her home and went to the Library. After dinner Mr Stanley came to coffee and most decently gave me a gift of a pantograph, which will be of enormous help with the map.

Had a latter from J.D. to which I replied and this evening a finer long one from Jeannette. She seems to be having a great time.

The Mater has had two letters from the Pater today, and from them the outlook seem to be very bad, almost desperate. This is tragic, after coming within an ace of security.

To bed at 6.30, it is almost a habit now. Woke at lunch time to find Ine had been here, left Margaret and gone off to some damned wedding. After lunch write Jeannette and listened to the England-Ireland rugger match, and Ireland’s victory.

The Aunts, Kidd, Joan, Thomasina, Ine and the Doc. All came to tea and after it the Doc. And I went to Ealing shopping.

After dinner Kidd, Doc., Daniel and I yachted and had a series of interesting matches until the party had to break up at 10.15.

Lay in bed until lunchtime and then pottered about the house until tea time.

Daniel went out to tea with Kidd.

Spent most of the evening working on the map, spread out on the dining room table. Am using Stanley’s pantograph, which works splendidly and is an enormous help.

Supper in the drawing room, and put in another couple of hours after that on the map.

The Mater seems fearfully tired today. Fuzz’s cold is still very bad, I’m sorry to say, and I will not be surprised if he is at home tomorrow.

The Smithfield strike has been broken.

Git to bed at 4.30 last night, marvellous for me. Up at 10 a.m. and breakfasted with Daniel, being half smothered with smoke from the fire as there was, and is, a terrific gale of wind blowing, accompanied by the same icy temperature.

Busy until 4.30, when, on Daniel’s suggestion, he and I went to tea at Williamsons. Very enjoyable, and so home to find a letter from the Pater. He is managing to carry on in Burgos in spite of conditions, which is a very wonderful effort. He sent a very decent letter to Francis.

Wrote him and sent his letter to Francis. Have put in the rest of the evening on the map.

The Mater is again terribly tired. Fuzz did not go to M.T.s today.

Actually got to bed at 4.15. last night, but was as weary as sin when I roused out at 9.30. Went up as far as Earl’s Court with Daniel and thence to Notting Hill, where I paid the interest on the Mater’s rings and secured their safety another year. Turned into a cinema and had two hours at 6d. Then by bus home. Noticed that for the trolleybuses the traffic has been made one way round Shepherds Bush Green.

Daniel and I saw home Joan and Thomasina and went on to tea at the Aunts’, from thence I brought home a dress for the Mater.

The beastly telephone was cut off today, but this evening the Pater sent 1500 Pts, so I will be able to put that right tomorrow. Went down Ealing tonight to airmail a letter to the Pater from the Mater. I think she is a little better, and so is Fuzz, who today returned to school.