Home > Nominations rolling in for Ealing Together honours scheme 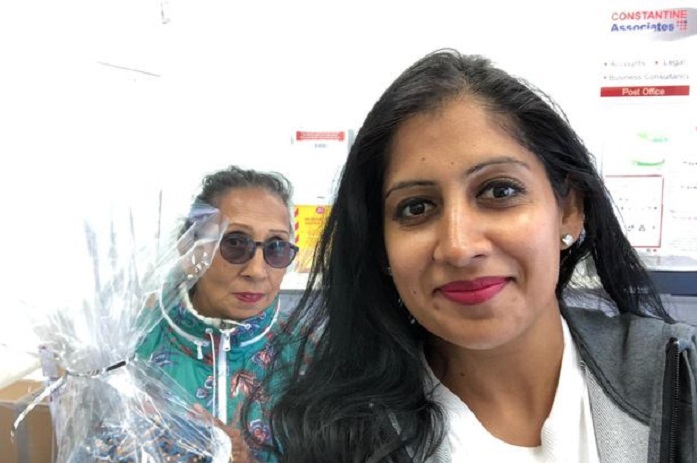 Nominations rolling in for Ealing Together honours scheme

Local residents are helping Ealing Council to recognise friends, neighbours and local organisations that went out of their way to do something good and help others during COVID-19 by nomonating them for the Ealing Together honours scheme.

The council launched its Local Honours last month. It asked people to nominate anyone who lives, works or studies in the borough who made a difference during the pandemic.

More than 50 nominations were received in the first week alone with more being submitted every day.

So far, both individuals and organisations have been put forward for an honour, including people who collected shopping for vulnerable neighbours, those who gave their time to established community groups, and residents that responded to the crisis by creating new local organisations and mutual aid groups so that streets and neighbourhoods could look after each other.

Minreet Kaur has nominated her mum, Pritpal, and her dad, Rajinder, for an Ealing Together honour. Minreet and her mum are pictured above.

She said: “My mum is 69 and has been baking cakes for the unsung COVID-19 heroes in the borough. She also has been making face masks for the vulnerable out of fabric and old material. She’s been really active during the pandemic to help others even though she’s vulnerable herself being in that age. She’s made a huge difference and sent smiles everywhere. She’s done an amazing job and has not stopped and keeps on giving back.

“And my dad is known as the Skipping Sikh on social media. He is 73 and he encouraged people to stay fit and beat isolation in lockdown with his daily exercise videos. He also took part in a charity event where he skipped and did other exercises and raised £14,000 for the NHS.”

Those nominated will receive a personal letter of thanks from the Mayor of Ealing, Councillor Dr Abdullah Gulaid, and the Deputy Lieutenant for the London Borough of Ealing, Richard Kornicki.  The council hopes that in future it will also be possible to organise an event to celebrate the community response once the virus is no longer a risk to public health and safety.

Peter Mason, cabinet lead for Ealing Together, said: “I am delighted that Ealing residents are highlighting the amazing work of these local people. Our community relies on everyday acts of kindness and care and never has this been truer than during COVID-19.

“Through the Ealing Together coalition, I have had the privilege of working closely with many fantastic local groups, charities and individuals during the pandemic.

“What the nominations we have received so far show is that, the community response to COVID-19 has been wide-ranging and impressive and goes far beyond the good work that we already know about. I am grateful to have this opportunity to properly thank those who have gone out of their way to help others.”